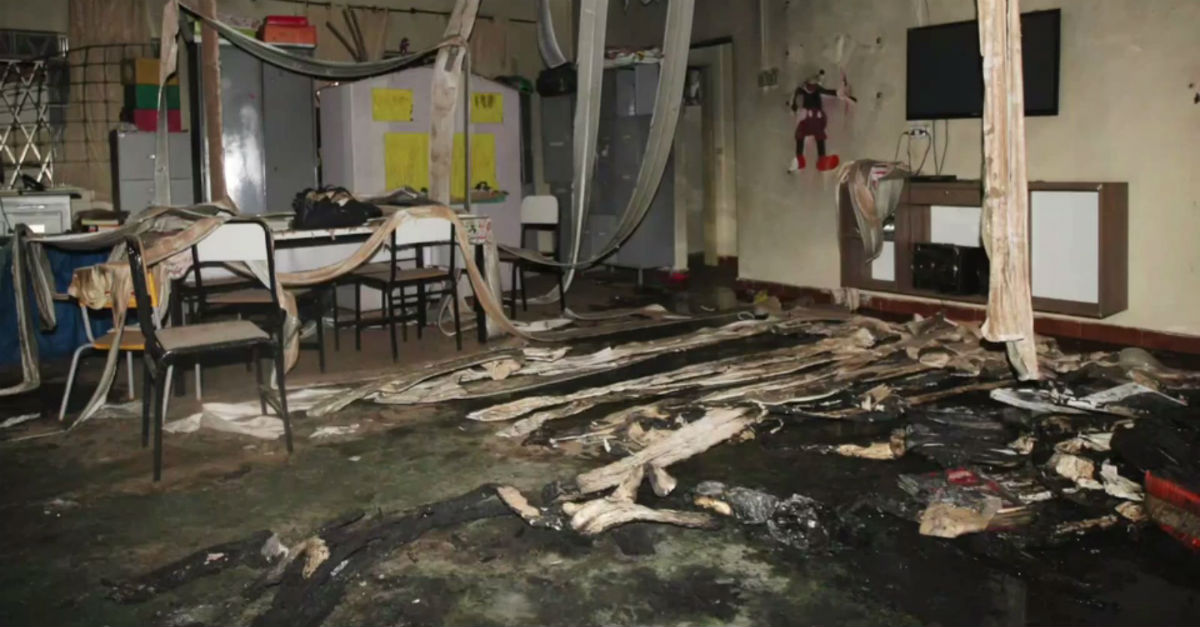 A security guard is believed to be behind an arson attack that killed several children and an adult at a daycare in Brazil.

Damiao Soares dos Santos, 50, was identified as the man who doused alcohol on a daycare in Janauba and set it on fire with people inside. Four children, a teacher, and dos Santos, who also set himself on fire, died in the attack. An additional 25 people, mostly children between the ages of one and four, were injured.

While a motive has not yet been established, dos Santos reportedly worked security at the center since 2008. It was also revealed that he was fired from his position in September.

“I deeply regret this tragedy with the children in Janaúba (MG). I want to express my solidarity with families,” wrote Brazilian president Michel Temer on Twitter. “I, who am a father, imagine that this must be a most painful loss. We hope these things will not happen again in Brazil.”

RELATED: ?Please, Mommy. Stop!?: horrific death of an autistic boy in a tub may put her away for life