The tragic earthquake in Mexico left over 280 people dead and the death toll continues to rise. But, in the spirit of the late Mr. Rogers, during moments of crisis and disaster, it’s important to look for the helpers. And in the Mexican earthquake, our favorite helper is Frida the rescue dog.

In her career, the 7-year-old Labrador has saved 12 people, the Los Angeles Times reports — and that was before the earthquake. For the past week, Frida been in the trenches in Mexico, equipped with goggles and shoes for her paws, digging through the rubble and searching for both victims and survivors.

RELATED: A family is devastated after this baptism turned tragic during the Mexican earthquake

Her handler said that after working all day on Thursday, she was exhausted and napped in a break room with two colleagues — Evil and Echo. Because of Frida’s age, Evil and Echo, who are each a year and a half old, go into buildings first. If they detect signs of life, she follows to confirm.

Since Frida is able to squeeze into spaces that human rescuers can’t and has a great nose, she’s an essential resource during an emergency when rescuers need to search for bodies. 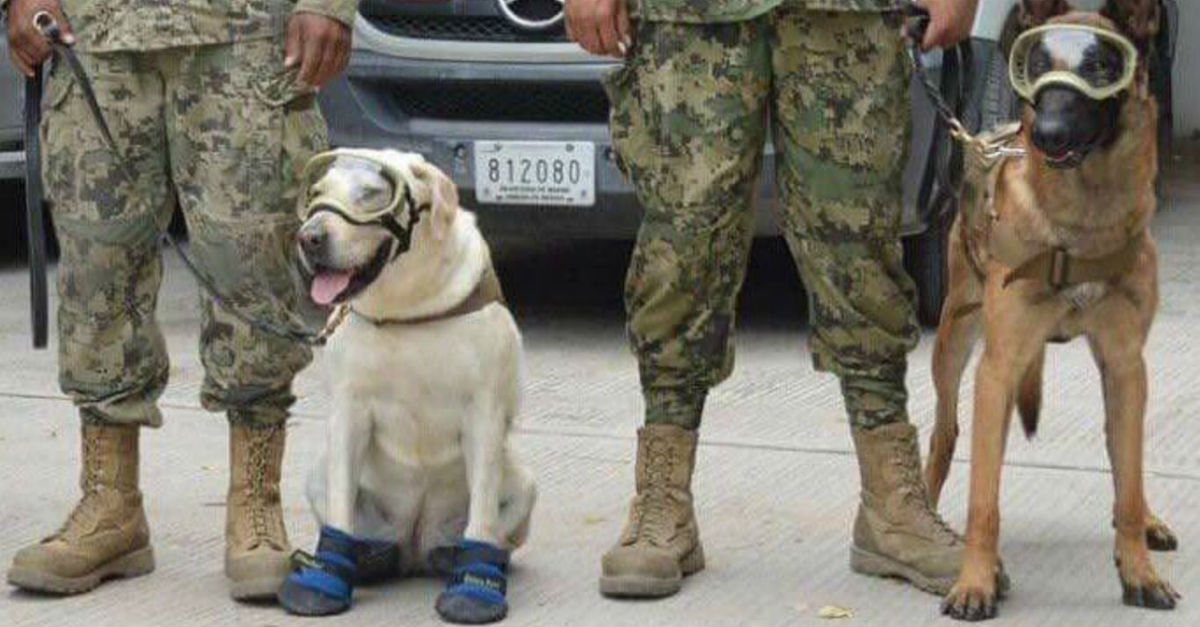