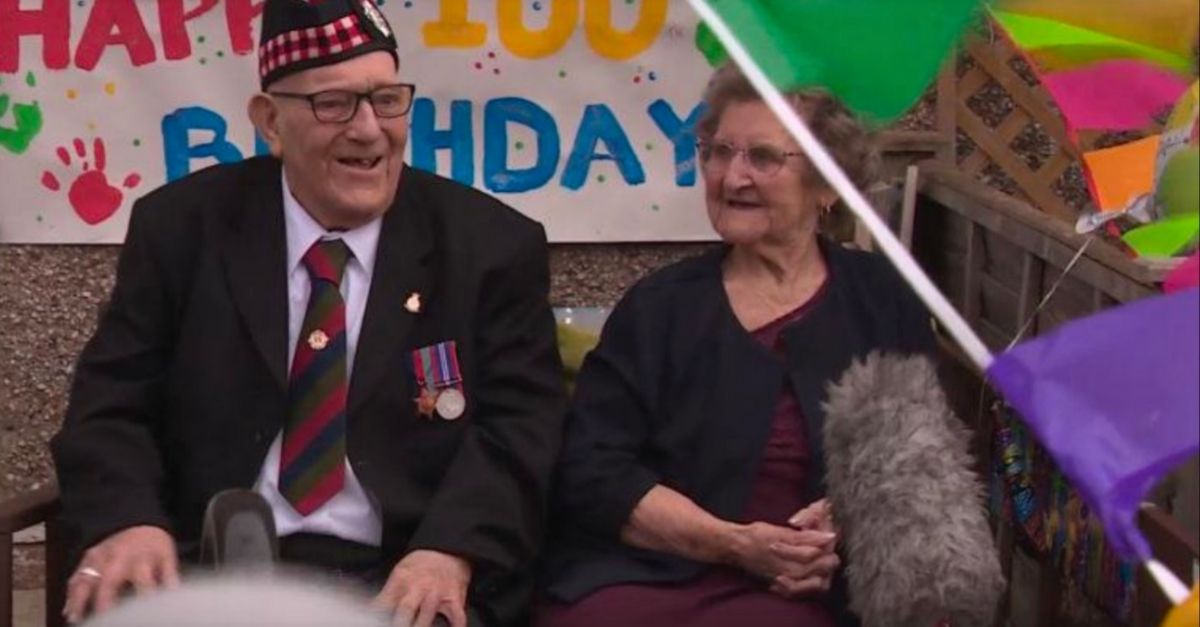 This World War II veteran from Scotland can definitely say he has lived, celebrating his 100th birthday today. George Simpson is celebrating living an eventful century, now able to add “lived through the COVID-19 pandemic” to the list.

But that’s not even the most interesting part of this Scottish WWII veteran’s life. The Royal Scots veteran experienced a prisoner of war camp, spending five years in a camp in Poland with little food and water. His battalion had taken up a defensive position in Le Paradis, France, in order to execute an evacuation of Dunkirk, fighting until the last man.

George Simpson, a Royal Scots veteran, based in Midlothian, who fought at Le Paradis and spent time in a POW camp in Poland, celebrates his 100th birthday today Thursday 07 May 2020 pic.twitter.com/lkHT8Pumkp

Simpson, however, had his leg injured by shrapnel. He got captured and taken to the prisoner of war camp when taken to a French prison for treatment. He was forced to load material for the front on the railways but refused to do so because he was scared it would be used against the British. He was then punished by being imprisoned in a detention camp for three months. The Russians eventually freed the camp, and the Royal Scots veteran was finally able to return home.

George Simpson trained recruits for two years after that before working in Duncan’s Chocolate Factory in Edinburgh for the next 40 years. He had a huge family: three sons, five daughters, 15 grandchildren, and 27 great-grandchildren with one more on the way. His family arranged a piper to play his favorite song outside his home as a birthday surprise because of the coronavirus.

Royal Scots Colonel Martin Gibson spoke of the WWII veteran, mentioning, “When discussing with him his time as a Royal Scot, he said: ‘I had to do it to ensure that Britain’s freedom was preserved.’ The Royal Scots regimental family wish him many happy returns of the day. A piper from our Regimental Association Pipe Band will play for him outside his house.”

This guy fought in a world war, was a prisoner of war, worked in a chocolate factory, had a huge family, and is now living through a pandemic. Whew! What a life to live.

Happy Birthday George Simpson! Thank you for your service!

Watch: The 1938 Radio Broadcast of ‘War of the Worlds’