Menu
Follow us
Search
Menu
Search
MURNAU, GERMANY - MARCH 09: Members of the Bavarian police SWAT team (SEK Suedbayern, Spezialeinsatzkommando) and the Bundeswehr (R), the German armed forces, are seen during a demonstration as part of the GETEX anti-terror exercises during a media event on March 9, 2017 in Murnau, Germany. GETEX, short for the Joint Terrorism Defense Exercise, is taking place across Germany to simulate the joint operations capabilities between German law enforcement agencies and the Bundeswehr, Germany's armed forces, in battling larger-scale terror threats. (Photo by Philipp Guelland/Getty Images)

The Wall Street Journal is reporting that German police have disrupted a military plot to assassinate German politicians sympathetic to admitting refugees.

Police arrested three German soldiers, who they have identified by their first names and last initials. Maximilian T., Franco A. and Mathias F. were named by police in the plot to assassinate former German President Joachim Gauck, Justice Minister Heiko Maas and others. Suspect Mathias F. was discovered to have thousands of rounds of ammunition stored in his home.

Prosecutors say the plot was discovered when one of them tried to retrieve a handgun stashed in the Vienna airport. That handgun, allegedly planted by Franco, was to be used in attacks and then deliberately left to be found with his fingerprints on it.

Police say Franco had created a fake persona and applied for asylum as a Syrian refugee, tying his fingerprints to the fake profile. When found, the weapon used in the assassination would look like it had been used by a Syrian refugee, stirring the hatred that united and motivated the three men.

The German Prosecutor General said the attack “was to be perceived by the general public as a radical Islamist terrorist act […] a seeming terrorist act by a registered asylum seeker would have drawn particular attention and contributed to the general sense of a threat.”

German Defense Minister Ursula von der Leyen has promised a full investigation into the plot. Leaders in the German Parliament have come forward, calling the three accused men “a terror cell built itself inside the German military.” 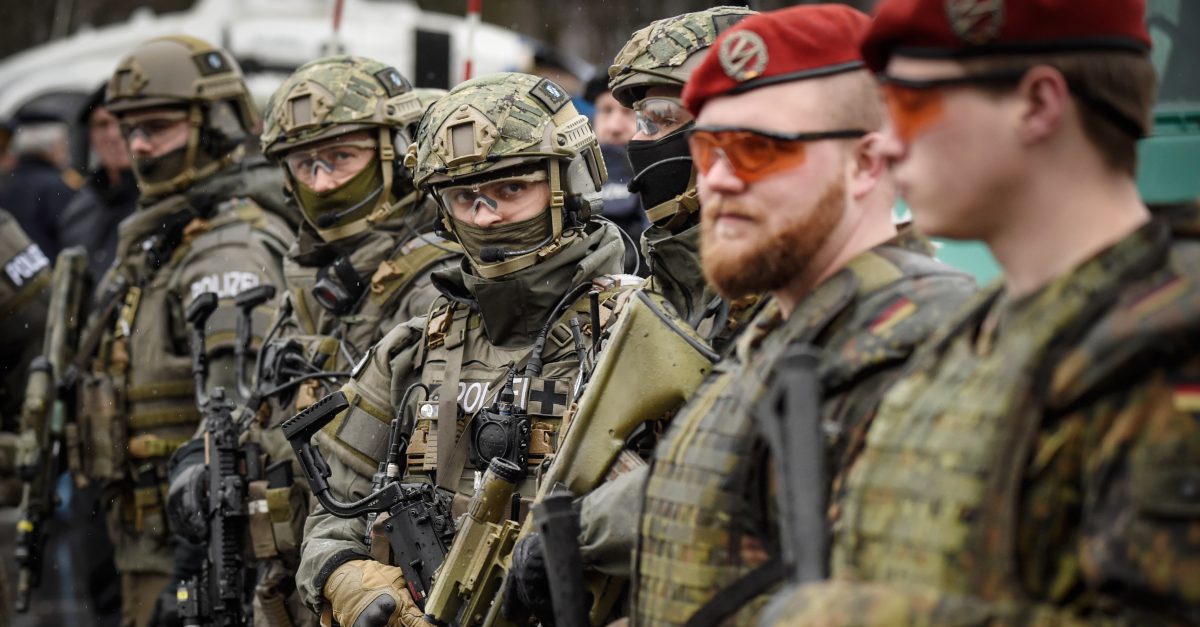