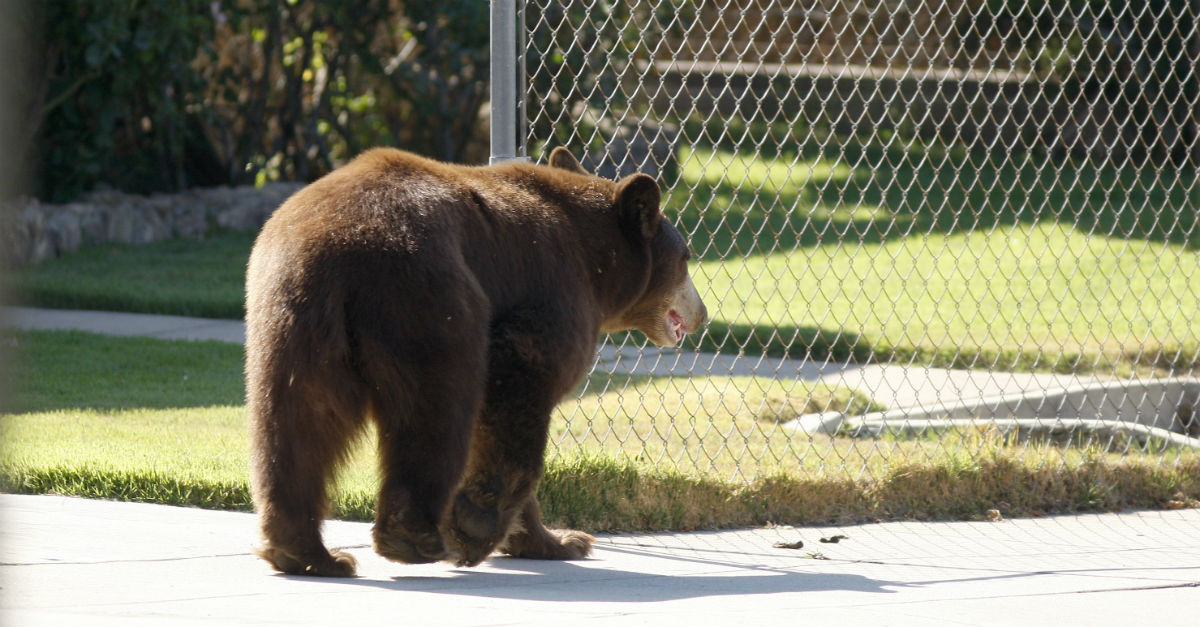 David McNew/Getty Images
MONTROSE, CA - SEPTEMBER 9: An adult black bear walks through a residential neighborhood on September 9, 2012 in Montrose, California. The bear was first seen walking on the 210 freeway, which was subsequently closed for a short time, before moving further into the city. Bears and other wildlife are drawn to the cities that line the foothills of the San Gabriel Mountains northeast of Los Angeles in search of water, pet food and trash left out by residents. Some residents reportedly feed the bears bacon and other food, a practice strongly condemned by wildlife officials. (Photo by David McNew/Getty Images)

A man in Gibsons, British Columbia punched a 250-pound black bear that followed the toddler, 2, of a friend, Elery Froude, inside of the house.

“I thought, ‘Oh my God, what am I going to do now?'” Froude recalled. “That was when my friend turned around and said, ‘Get the kids and get them in the bedroom.'”

RELATED: This Toronto road rage incident is the most Canadian thing we’ve ever seen.

After Froude locked herself and the children in the bedroom, the man yelled, banged pots together and used a chair to attempt to push the bear out of the house. He then punched it squarely in the nose in an effort to shut the door.

The bear later returned to the house after the Sunshine Coast Royal Canadian Mountain Police attempted to scare the bear away with horns and water bottles. They report that it “tried to open the door to the garage and chased a male down the street.”

A conservation officer and the RCMP agreed to kill the bear, making it the eighth bear killed on the Sunshine Coast in 2017. This bear was one of nearly 500 human-bear encounters in the area.