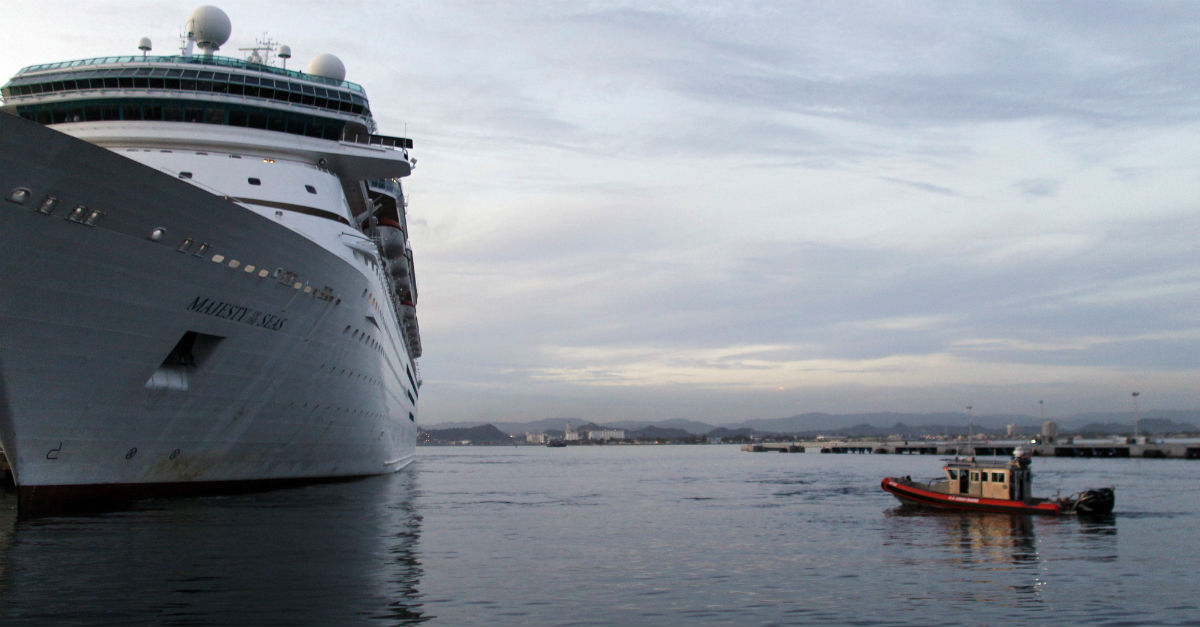 AP Photo/Ricardo Arduengo
A small USCG boat escorts the Royal Caribbean's Majesty of the Seas cruise ship transporting families evacuated from Caribbean islands devastated by Hurricane Irma, in San Juan, Puerto Rico, Thursday, Sept. 14, 2017. The U.S. territory has received nearly 2,000 U.S. citizens who were living or vacationing on in the U.S. and British Virgin Islands, including more than 500 who arrived via the cruise ship on Thursday, the first such arrival of its kind. (AP Photo/Ricardo Arduengo)

The tourism industry in both the Caribbean and surrounding areas looks significantly different following Hurricanes Harvey and, more so, Hurricane Irma.

In addition to obliterating, in some cases, entire islands, Irma wreaked havoc on key parts of the tourism industry. The tourist-heavy Princess Juliana Airport of St. Martin was severely damaged, famous restaurants and other destinations on St. John of the US Virgin islands were wiped away, and even ocean waters in the Bahamas were pulled away from the shore.

I am in disbelief right now… This is Long Island, Bahamas and the ocean water is missing!!! That's as far as they see #HurricaneIrma wtf pic.twitter.com/AhPAonjO6s

Despite the extensive damage to the Caribbean and its tourism industry, many wonder if they’ve been forgotten in the mess. Shelby Alfred, 27, a nurse on St. John, expressed concerns of being forgotten “because the storm has moved on.”

St. John USVI, my family's second home, got wrecked by Irma. Still no communication from friends but hoping for the best. 🙏🏼 🇻🇮 pic.twitter.com/N7jbEdUOAj

RELATED: An astronaut?s pictures from space show just how monstrous Hurricane Irma was

As the Caribbean waits for slow, yet much-needed assistance, tourist attractions in Florida work around their own obstacles.

While major cruise ports in Florida, such as Miami, Fort Lauderdale, and Cape Canaveral are set on a quick path to recovery, the destination ports in the Caribbean face weeks, and perhaps months, of damage assessment and reconstruction.

“Given Hurricane Irma’s impact to St. Maarten, St. Thomas and Key West, we will be working on (finding) alternative ports for future sailings until these islands have fully recovered,” the Royal Caribbean informed customers. The sentiment was mirrored by Norwegian Cruise Line, who is replacing trips to the East Caribbean with trips to the West Caribbean for the next couple of months. Alternate destinations also include Jamaica, South American countries such as Honduras and Belize, and Cozumel, Mexico, just to name a few.

As the cruise industry focuses on repairs or readjustments, there’s another industry in the state that has taken less of a toll.

The initial severity of Irma prompted Disney World, the state’s most notable destination spot, to close its gates for only the fifth time in its history. Though the gates reopened a few days later, several parts of the theme park are not available for visitation. Disney has offered guests refunds for the various resorts and rides that remain closed, some for an unspecified amount of time — officials were reportedly slow to say whether or not the closures were in connection to damage from the storm.

As the region goes into a period of recovery, experts share an important reminder that hurricane season is nowhere close to being over.

RELATED: Watch out for these diseases that could run rampant after a big storm