Indonesian villagers made a chilling discovery inside the gut of a python, explaining a man’s disappearance 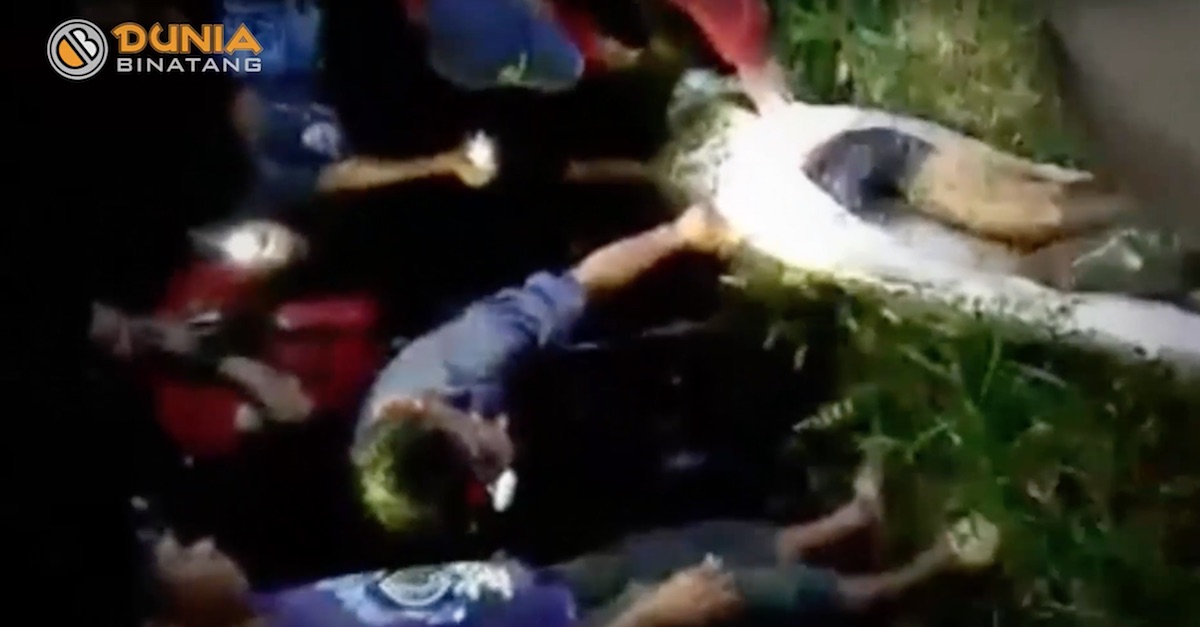 A missing person case in Indonesia has been resolved after a bloated 23-foot-long python was cut open and an adult man’s body was found inside.

Shocking video from the island of Sulawesi shows the remains of 25-year-old Akbar Salubiro, who had been missing since he went out to harvest crops on Monday.

RELATED: Watch a clueless hyena wander into a python’s domain and get swallowed whole in front of tourists

You can watch the full original video below:

Secretary of Salubiro village Junaedi said that a search party’s worst fears were confirmed on Wednesday.

Junaedi said the man’s absence wasn’t noticed until Monday because his wife was visiting her parents in another province. The alarm was raised when his uncle called on him and found his house locked.

“When its stomach was cut, we first saw his boot and legs near the neck,” he said. “It seems he was attacked from behind, because we found a wound on his back.”

“People had heard cries from the palm grove the night before Akbar was found in the snake’s stomach. When the snake was captured, the boots Akbar was wearing were clearly visible in the stomach of the snake,” he added. “A resident cut open the belly of the snake and Akbar was lifeless.”

Pythons have been the news of late for kills of big animals and some near misses.

RELATED: Insane man lures a cobra out of hiding and uses his bare hands to deal with it — no big deal

First there was an antelope kill, then there was nearly a leopard cub, and then a hyena bit the dust.

This time a human has been victimized.