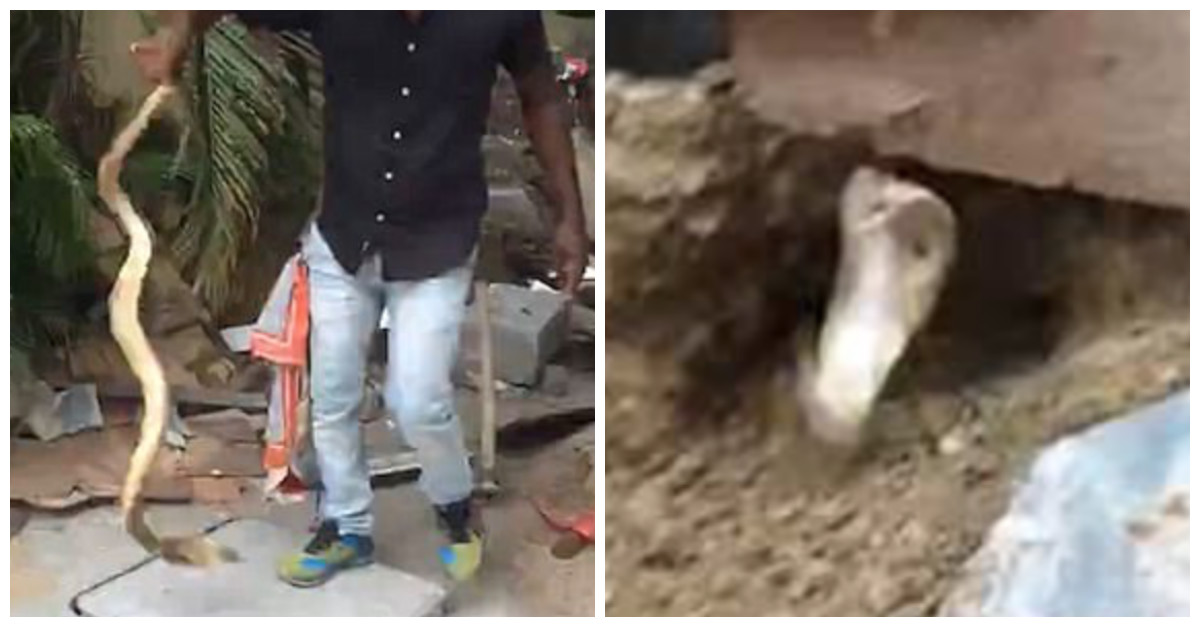 It’s not the first time we’ve seen someone in India grab pick up a cobra with their bare hands, but that doesn’t make repeat occurrences any less shocking.

RELATED: Watch a clueless hyena wander into a python?s domain and get swallowed whole in front of tourists

A construction worker who had pinpointed the location of a cobra hideout can be seen taking a pickaxe to a hole. The video was first uploaded to LiveLeak by nomore123.

After a couple of swings, the cobra throws a hissy fit and lunges at the man with mouth agape.

To say that the cobra, a dangerously venomous creature, did not scare this man would be an understatement. He picks it right up by the tail and removes it from the premises without thinking twice, twirling it like a ribbon in the wind.

You think he’s done this before?

RELATED: The staggering moment a 13-foot python spat up a whole antelope in front of humans

The man used a cloth to distract the snake while leading out of the area.

As mentioned in the opening, this kind of thing has been done before. The last time we saw it, a young girl used the same technique, grabbing the snake by the tail with her bare hands.

We’re just going to guess you would have handled this differently.