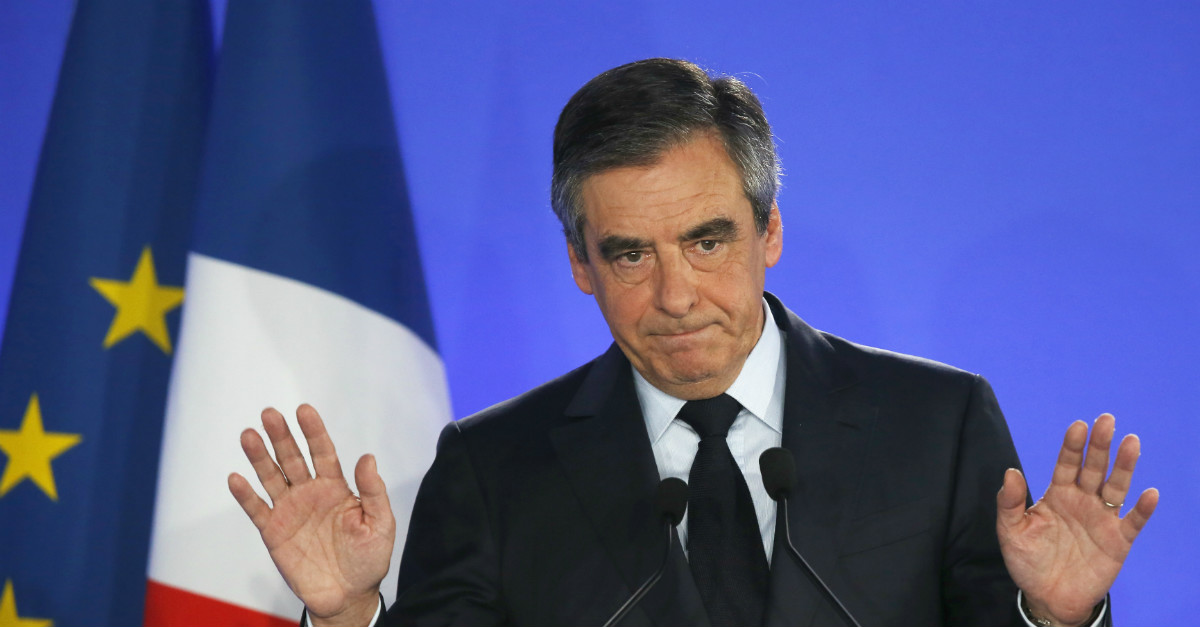 In the recent French elections, Emmanuel Macron won both the presidency and a large parliamentary majority for his party. Few had expected a year ago that Macron, a former economic minister, could stun the nation and secure this incredible mandate. At the beginning of the campaign, it was actually François Fillon of the conservative Republican Party who was expected to secure his place in the Elysée Palace.

Fillon had surprised with a stunningly ambitious and (at least for France) fiscally conservative platform. In the Republican primary, he’d won against Alain Juppé, a moderate supporter of the European Union much in the fashion of Emmanuel Macron.

Fillon criticized Juppé over his failure to stand up for radical change. He seemed almost eager to clash with both the trade unions and the public sector, out of which he intended to cut 500,000 jobs. He wanted to considerably reduce the corporate income tax while delaying lowering income taxes for households to “as soon as the economy is back on track again,” as well as increase the sales tax and abolish the government’s tax on wealth.

The difference in tone between conservatives and moderates in the French Republican Party became very apparent when François Fillon voiced his opposition to multiculturalism and the “ideological indoctrination of public school history lessons.” Fillon wanted to reform national history lessons to teach that French colonizations had merely “spread the culture,” playing down their horrors.

The so-called Penelopegate scandal marked the end of Fillon’s political career. He was accused of having hired his own wife as his parliamentary assistant, even though there was little evidence she did any work. Fillon denied the claims, but just the impression that Fillon was a Jacques Chirac-like crook heralded the death of his campaign.

A month before Penelopegate, Fillon was the favorite—pollsters had him at 27.5 percent in the first round and romping home with 64 percent in a second-round showdown against Marine Le Pen. The week after the scandal broke, his rating slumped to 18.5 percent. Anti-fraud police interviewed the couple separately for hours.

What’s so surprising is that Fillon was leading in the polls after promising to cutting government spending considerably and roll back adoption rights for gay couples. He had managed to sell an old brand of French conservatism that had been invisible in the political sphere for years.

After Fillon’s resignation, other center-right figures appeared like vultures, seeking to feed off of the remains of Republican political influence. They failed to unite the party.

When a political group is not united, it usually falls victim to attacks from political opponents who mock its disorganized dialogue and contradictory positions. Macron went a step further: he made a prominent Republican, Edouard Philippe, his prime minister, and hired another one as minister of the economy. Macron also struck deals with Republicans in their constituencies, who then vowed their support for the new president. As a result, the Republicans have now split. A group of 25 (so far) members of parliament split away from their party to form a group of “constructive” moderates, basically a pro-Macron group, distinct from the remaining fiscal conservatives.

Let it be noted for observers who do not follow French politics: those fiscally conservative Republicans are the only ones who even mention decreasing the size of the welfare state, cutting taxes, or balancing budgets. All the others, including Macron’s party La République En Marche, the centrists, the socialists, the far left, the communists, and Le Pen’s far-right, support increased spending and offer few serious reforms to the mess that is the over-regulated French economy.

That isn’t to say that Fillon was without his flaws. As prime minister under former president Nicolas Sarkozy from 2007 to 2012, he has tax increases and a massive bank bailout on his record. His social conservatism, ranging from his support for the war on drugs to the re-introduction of mandatory sentencing in criminal law cases, rightfully repulsed libertarians.

But the concern now is a different one: ideas only spread when they’re given voice. When the new National Assembly in France barely has any voices challenging France’s nearly 100 percent of GDP debt or massive deficits, then where is the next generation of fiscal conservatives to come from? Now that Emmanuel Macron has an immense majority, someone needs to provide unambiguous opposition, advocating for smaller government and more freedom.

French conservatism is on the ground. Macron knocked it out.

Let’s hope it gets back up.