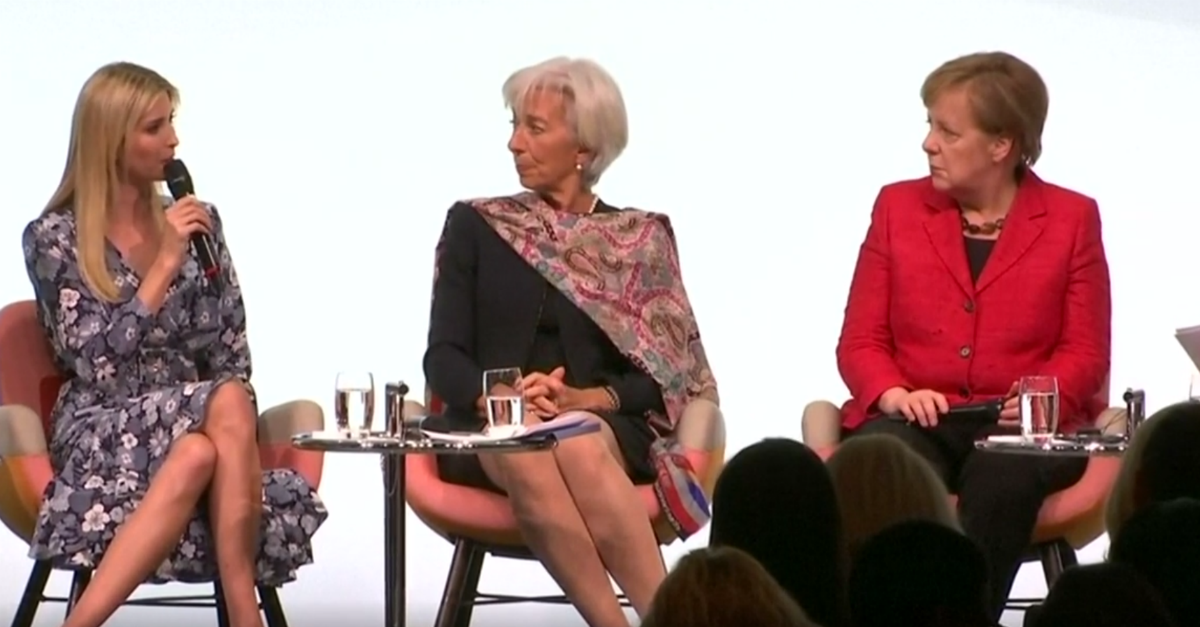 Ivanka Trump is a fascinating component of the Trump White House. She has an office in the West Wing and there are several reports suggesting that her husband, Jared Kushner, is toppling Steve Bannon from his perch as the man behind the president. Ivanka’s role is similar to what Americans typically expect from the first lady. She has several issues, including climate change and women’s rights, about which she is passionate.

RELATED: The internet took Ivanka Trump to task after she sent out a tweet honoring libraries

While Melania is hardly ever visible, Ivanka is consistently in the spotlight and speaking on behalf of the White House. On Tuesday, she was in Berlin, Germany for a women’s panel with other G-20 nations and the crowd reacted a little less positively than she might have hoped. The panel was discussing paid leave when Ivanka said “I’m very proud of my father’s advocacy, long before he came into the presidency, he championed this in the primaries. He’s been a tremendous champion of supporting families.” The audience reacted to her statement with loud boos and hisses.

When asked about her father’s attitudes towards women, Ivanka noted that she’s “heard criticism from the media,” but vigorously defended him. The 35-year-old declared, “The thousands of women who have worked with and for my father for decades are a testament to his belief and solid conviction in the potential of women.”

RELATED: Ivanka Trump: Neither First Lady nor mouthpiece for her father

Ivanka was personally invited by Chancellor Angela Merkel. CNN reported that the first daughter’s visit is “one of the top news stories in Berlin” and that “her face is splashed across multiple front pages.” Merkel was also on the panel along with Queen Màxima of the Netherlands.