The Longest Eclipse of the Century Is This Week, Here’s What You Need to Know 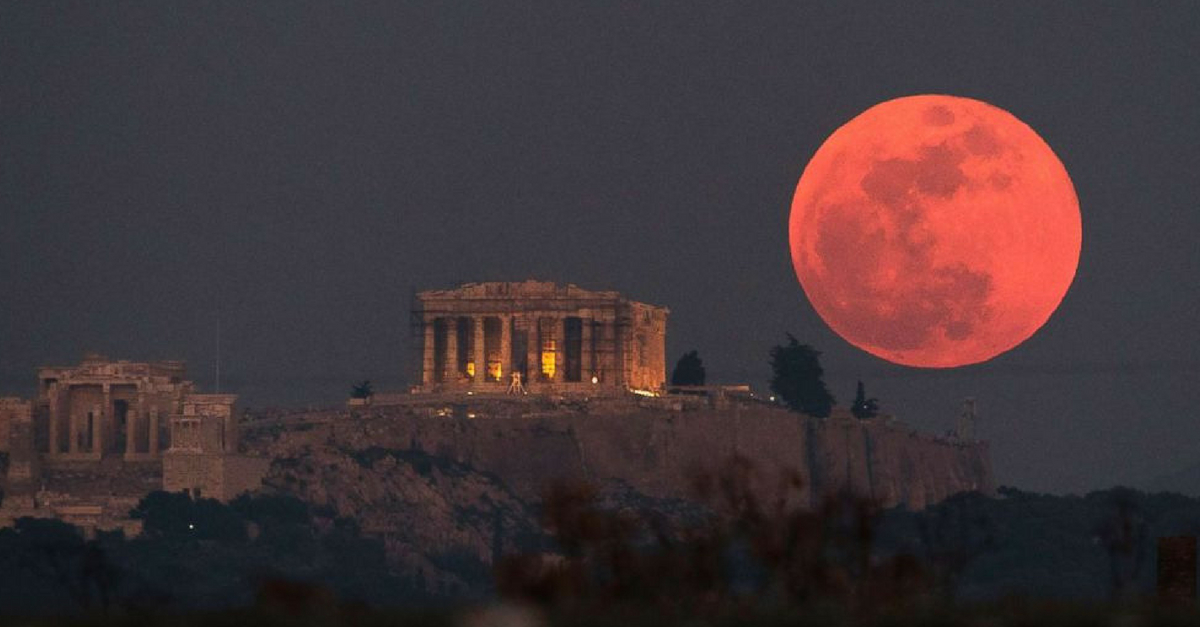 Calling all science enthusiasts out there! The longest total lunar eclipse of the century is coming this Friday, July 27th! Meaning, yes, the moon will turn into a reddish orange color for more than 100 minutes.

According to NASA, the entire eclipse won’t be visible from North America, but areas near the Middle East, south or eastern Africa, western and Southeast Asia and India will be able to catch a glimpse of the celestial event. Of course, like everything, it will be visible depending on the weather conditions. In those areas, the moon is said to last and retain its red color for about an hour and 42 minutes. The entire event (beginning as the moon passes through the Earth‘s stratosphere) is said to last 6 hours and 13 minutes.

Cancel your weekend plans because a once in a lifetime lunar eclipse is happening. Early Saturday morning, from 3.15am (AEST), the night sky will feature a rare blood moon lunar eclipse and Aussies will have one of the best seats in the house! 🌚🌘🌗🌒🌝 #bloodmoon #moon #lunareclipse #stargaze #sky

What is the difference between a solar an a lunar eclipse? Simple. Lunar eclipses shine briefly on Earth, but the moon is exactly behind it, representing its shadow. Meaning, there is no direct sunlight reaching the moon, bouncing off the moon, and traveling down the earth. For the solar eclipse, the position of the earth and moon are swapped, meaning the sun is shining brightly on the moon, but part of the Earth lies in the shadow of the moon, not receiving direct sunlight.

This Friday, the bodies are alienated in a straight line in the order of sun, Earth, and moon at the same time there is a full moon. The reason it will be red is due to the sunlight scattering, where there is is no direct sunlight hitting. All the light that reaches the moon will bounce back to earth, causing it to be indirect, allowing us to see it. The indirect light goes through Rayleigh scattering as it passes through the atmosphere, in effect, scattering the longer blue and violet wavelengths, more than the shorter red and orange wavelengths. Hence, voila, the blood-red/orange wavelength light reaching toward the moon, bouncing back to earth, giving it the name Blood Moon.

Waiting for the #bloodmoon & #lunareclipse , still #waxinggibbous and a few days to go until Friday…

Although U.S. residents might not be able to see the eclipse, the good part of the situation is the Lunar Reconnaissance Orbiter will experience first hand. For those of you who have no idea what that is (I’ve got you), it is NASA’s robotic spacecraft orbiting the moon, hence Orbier being the name. The LRO was launched in June 2009, providing detailed maps to identify interest and safe landing spots on the moon for future robotic and human exploration.

Oh NASA, you and your special equipment. The solar eclipse come days after the 50th Anniversary of the Apollo 11 landing in July 20, 1969, the spaceflight that made astronaut Neil Armstrong and Buzz Aldrin the first two people on the moon. What a wonderful coincidence, huh?

Can’t catch this solar eclipse? No worries, the next visible total lunar eclipse in the U.S. will be on January 21, 2019. Hmm…not that bad, just seven months, right?

Read More: If you’ve never been to NASA’s building 9, here’s what you’re missing