I don’t want to sound like a, I don’t know… classist? Xenophobe? First World-ist? But if I traveled to anything other than basically Canada, Japan, or the U.K. there would be a larger than I care to admit part of me that would be afraid of some serious third world shit happening to me. Getting robbed and beaten, kidnapped for a ransom that my parents definitely can’t pay, or worse. And why not? I’m just some dumb American. I’m an easy and deserving target.

Obviously I’d still enjoy whatever trip I was taking. This wouldn’t be an anxiety I would be constantly going on about. In the back of my mind, though, I’d be wondering if the stubbly Eastern European man across the pub who looks like a Jason Bourne villain was going to end up torturing me in an abandoned meat locker, or if the Middle-Eastern guy who just got out of van that looks like it should have stopped running 20 years ago is going to make me the star of an extremely disturbing Liveleak video that begins with a manifesto and ends with me in two parts.

Needless to say, this video of African bandits chasing a tourist SUV with machetes before getting into a shootout with police reaffirmed some of those fears. Now they’re only, like, 90% irrational.

Everyone is way too calm in that video. The reaction is basically, “Hey, uh oh! Got some machete guys over here. Hit the gas. Haha that was close.”

There was not nearly enough high pitched male screaming and a use of the word fuck more liberal than a Canadian sociology professor.

“lol did you see those machetes what a crazy day.”

You almost got your hands chopped off over whatever spare change you had on you. You would’ve lost your hands for what adjusts to about four American dollars. 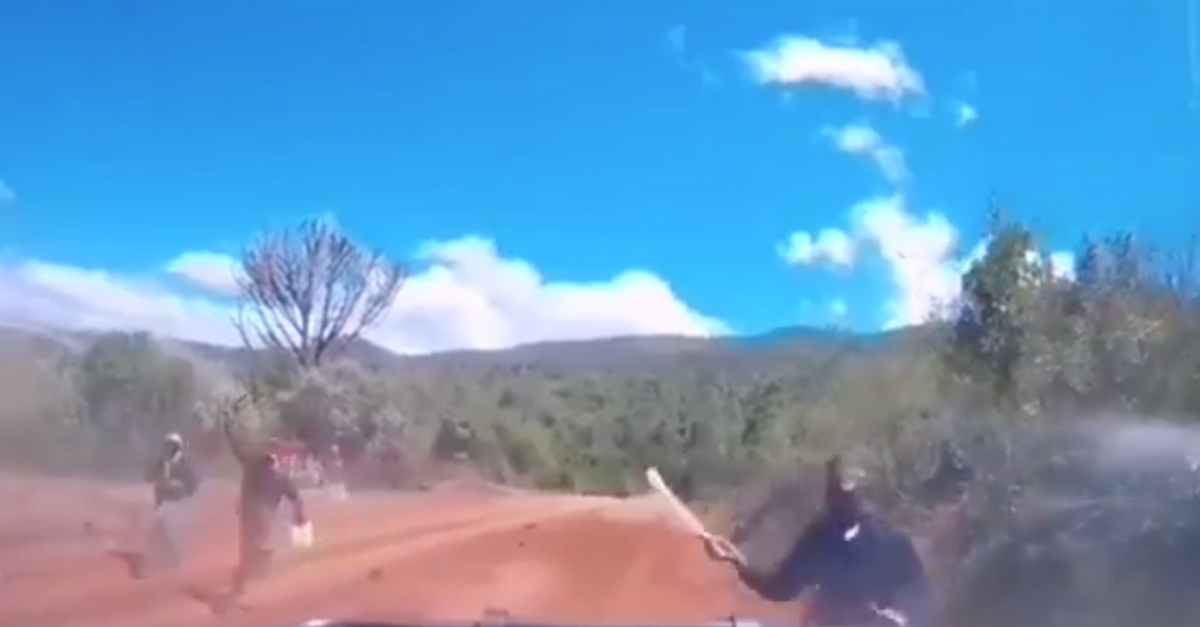