One suspect and two vehicles are involved in two overnight incidents that Edmonton Police in Canada are calling acts of terrorism.

At about 8:00 p.m. local time, someone drove a white Chevrolet Malibu into a police barricade outside Commonwealth Stadium in Edmonton. Edmonton’s football team, the Edmonton Eskimos, were playing the night of the attacks. After crashing, the suspect leaped from the car and began stabbing an officer of the Edmonton Police Service, according to Global News.

The officer involved in the stabbing was treated for non-life-threatening injuries. The suspect in this incident got away; an ISIS flag was found in the car.

Hours later, about midnight local time, Edmonton police stopped a white U-Haul at an impaired driving checkpoint, according to NBC News. The suspect fled the stop, leading police on a chase through Edmonton as the driver “intentionally swerved” at pedestrians in crosswalks, hitting four of them. At this time, the conditions of the injured pedestrians are not known.

The chase ended when the suspect crashed the U-Haul van. A witness to the crash says it happened outside the Matrix Hotel.

A 30-year-old man was arrested after the crash; while police are still investigating, they currently believe the suspect acted alone in both incidents. He was known to authorities, reports BBC. 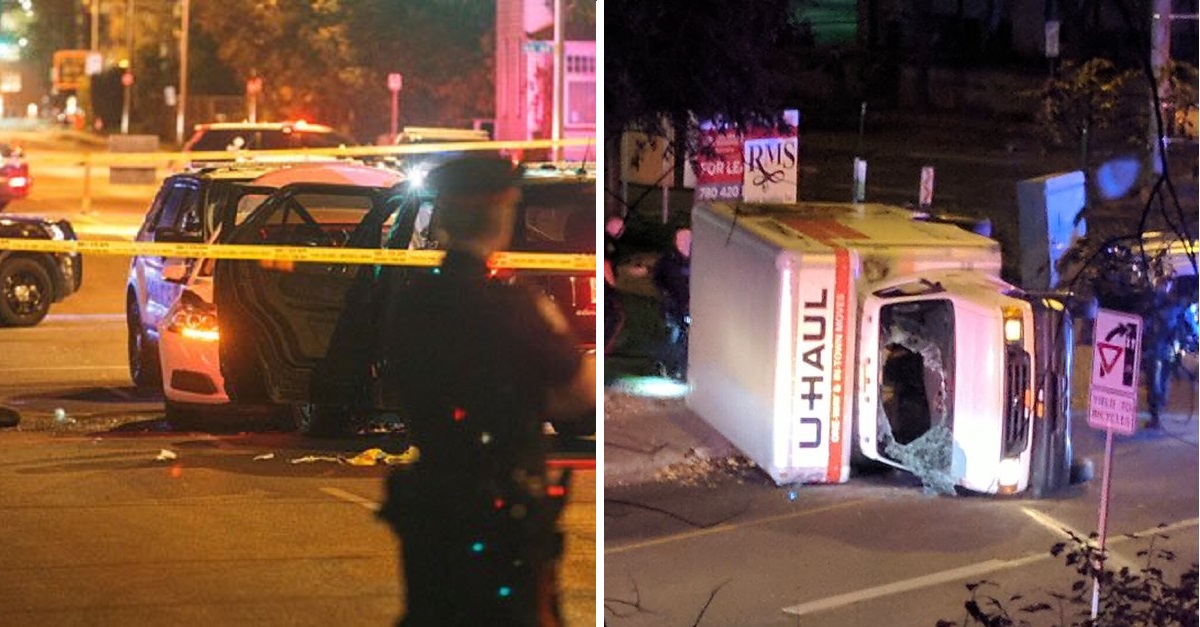