Mariah Carey gave one viewer called a “surreal” interview Monday morning on “Good Morning Britain” when she was caught apparently unaware of the breaking news about the tragic shooting in Las Vegas.

Carey was on the program live from her Beverly Hills home to discuss her upcoming Christmas shows in London and Paris. She was stretched out across a chaise longue in a red gown with a lighted Christmas tree in the background as hosts Piers Morgan and Susanna Reid asked her for her reaction to the attack.

The pop diva asked the hosts if police had caught the shooter and offered her condolences.

RELATED: Video appears to show the first shots during a reported mass shooting in Las Vegas

“It’s terrible, because people just going out to listen to music. Really they’re out for the night, and something like this happens; it’s shocking,” Carey continued.

The combination of Carey being interviewed just as the devastating news was breaking and the Christmas decor (due to the planned topic) threw some viewers for a loop.

The Daily Mail collected reactions from Twitter users, one of whom wrote: “Good morning Britain talking live about the shooting in Las Vegas and Mariah Carey’s there lay on the sofa like she’s posing for a photo shoot, is she for real?”

Another wrote: “Surreal scenes on Good Morning Britain as Piers Morgan crosses over to get Mariah Carey’s take on events Las Vegas.”

And another wrote: “Seriously @GMB That was utterly bizarre having Mariah Carey on just now.” 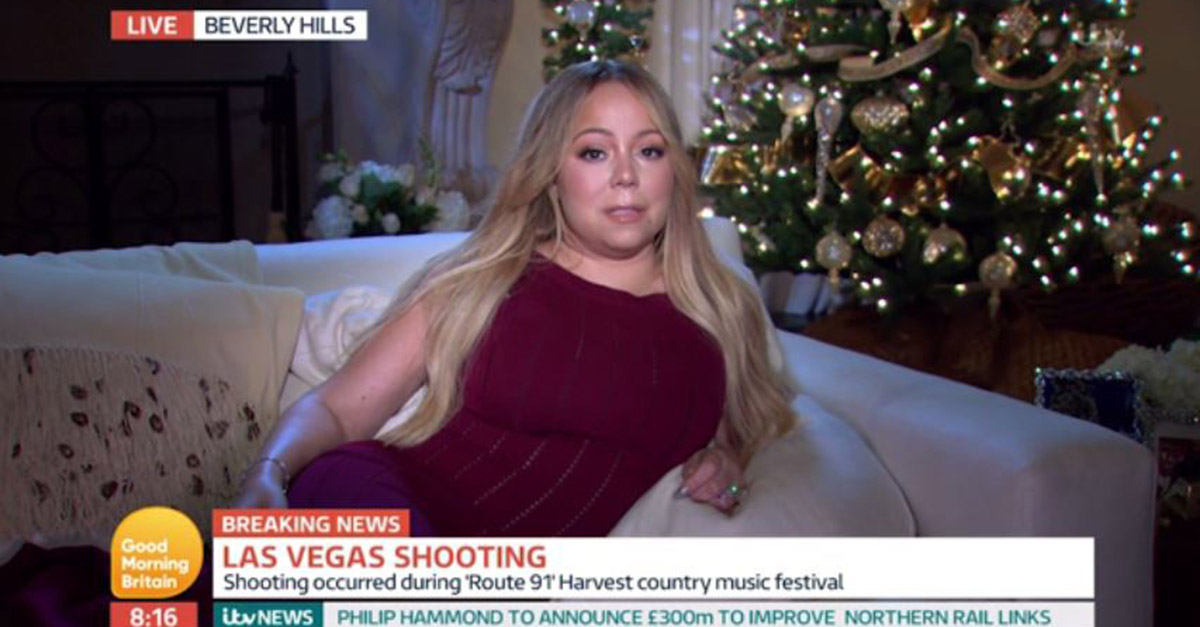