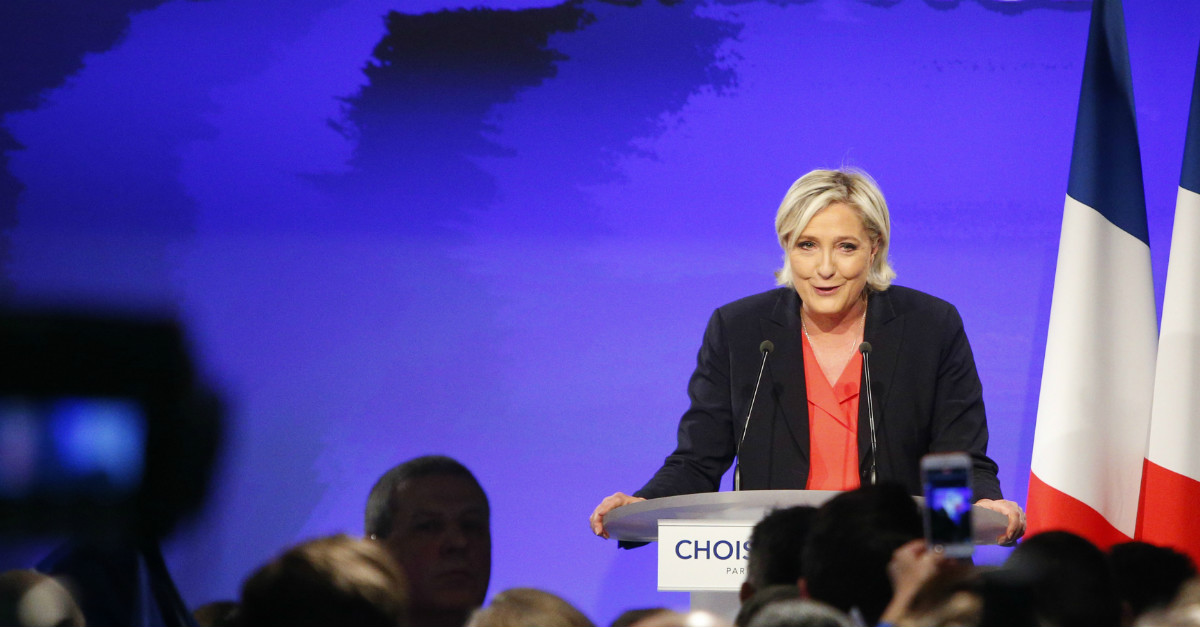 I agree with everything Bill Wirtz said this morning about the persistence of Marine Le Pen. The Gallic Donald Trump might have barely persuaded a third of the French electorate to vote for her yesterday, and she might have ceded France’s presidency to the European Union-loving Emmanuel Macron, but a single loss, even a landslide one, doesn’t translate into a political slaying.

As Bill points out, a historically high 25 percent of the French electorate stayed home and half of French don’t want their parliament to be controlled by the same party as inhabits the presidency. Such ennui hardly amounts to a ringing endorsement for Macron. Throw in the fact that Le Pen pulled in a greater proportion of votes from French aged 18-49 than she did from senior citizens, and you have an electorate that more closely resembles Israel’s than America’s, with the youth more likely to have their ideological passions inflamed by nationalism while the old hold out as long as they can as electoral ballast.

That’s ominous if you’re dreaming of a Le Pen-free future. Le Pen isn’t about to vanish into the historical footnotes and she knows it. ?France has voted for continuity,? she admitted last night, but then added: “I therefore promise to undertake a thorough transformation of our movement to constitute a new political force.” This reportedly might mean changing the name of the National Front, her political party, and easing some of its less popular positions like its determination to withdraw France from the euro currency. It also means focusing on next month’s parliamentary elections where the National Front is expected to win at least a handful of seats.

But even if Le Pen doesn’t add a single new member to the National Assembly, it might not end up mattering. In our klieg lights-flashing thunderdome politics, where televisual attention is everything and politicians pine to become media personalities rather than the other way around, Le Pen doesn’t need governing power to influence French civic life. She’s a celebrity now in the way that her father, who looks like a pastier Humpty Dumpty, never could have been. The French media might hate her, but they’ll cover her every pronouncement, her every controversy, and you can be sure she’ll dredge them up, lacerating Macron after every terrorist attack and faulting the globalists for any and all economic disruptions.

In fact, I’m starting to think Le Pen’s cause was better served by her losing last night than by winning. It is Macron who will have to actually govern now, a tall order in a politically riven France that’s emphatic about everything except the kind of change it wants to see. His political party, En Marche!, barely a year old, is unlikely to win control of the legislature, which will leave him struggling just to govern, let alone to implement the liberalizing deep cleanse that the ailing French economy desperately needs. Le Pen, meanwhile, just has to call press conferences and continue barnstorming through France’s northeastern rust belt, where sentiment toward Macron the Brussels-hugging ex-banker is already sour.

RELATED: What if America did presidential elections like France?

So methinks the American media?whose sophisticated and coruscating analysis of the French election consists of “Le Pen = Donald Trump = HA!”?may be blowing the noisemakers too soon. With the center-left French Socialist Party on oxygen thanks to the wildly unpopular current president François Hollande, and with scandals having poisoned the credibility of the center-right Republicans, it’s the National Front that will assume the mantle of opposition, from outside government rather than from within. Le Pen’s populism is the real antithesis to Macron’s globalism. European elites might be exhaling gratefully, but this isn’t over.