Have Extra Cash? This $1.7 Million Mansion Could Be Yours For Only $25! 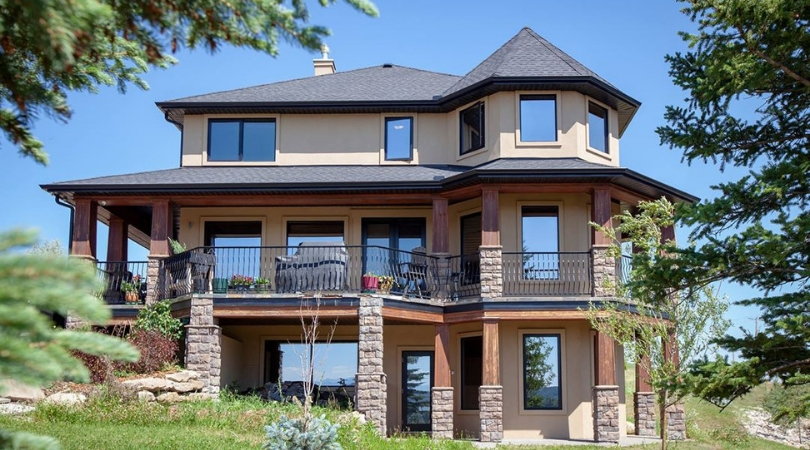 Have $20 just lying around in your home? If so, go to the bank and get a crisp $5 bill because this mansion could be yours! You know the saying, “a picture is worth a thousand words?” Well, what if I told you your words and those $25 in hand could land you a million dollar home?

It turns out Alla Wagner is hoping to leave her 5,000 square foot Millarville estate by running a unique essay contest to see who the lucky winner is. I know, it sounds too good to be true, but it’s completely real! The requirements for the contest include a $25 and a compelling essay, no longer than 350 words. The only requirement you need to follow is answering the following question: “Why would moving to this lakefront dream home change your life?”

The homeowner says she will pick the most compelling stories to advance to a semi-final round, and then the story will be posted on social media and voted on by the public to determine the finalist. After that, 500 finalists will be selected and then reviewed by an independent panel of judges, who will then determine the winner.

According to the official contest Facebook page, “Write a Letter, Win a House” Facebook page, Wagner is moving because of health issues, streaming from a fall she had. She has been unable to go upstairs which makes it’s hard for her to enjoy the custom built property.

The contest was inspired by Janice Sage, where in 2015 she has a similar concept, asking for a $125 entry fee and a 200-word essay as to why they would like to win her Center Lovell Inn in Maine.

Luckily for us, Wagner is only asking for $25 due to the economy, and will donate 5 percent of the net profit to a women’s shelter. Where exactly is the home located? The three-level mansion is south of Calgary in Alberta, Canada. The house was built in 2011 and overlooks the Canadian Rockies! Sounds like we’re moving to Canada, guys!

Wagner hasn’t been able to sell her property in the last five months, which is why she decided to make the contest. She will keep it on the market until the end of April. If the house sells by “conventional method” before that, she said she will refund all contestants. If not, then the contest will be open until a total of 68,000 (the equivalent of $1.7 million) entries are submitted. The so humble homeowner did state the entry letter doesn’t have to be on pen-and-paper! Meaning yes, you can be as creative as you want!

Sounds good to me. Off to writing, I go.

Watch: 5 Facts About The White House