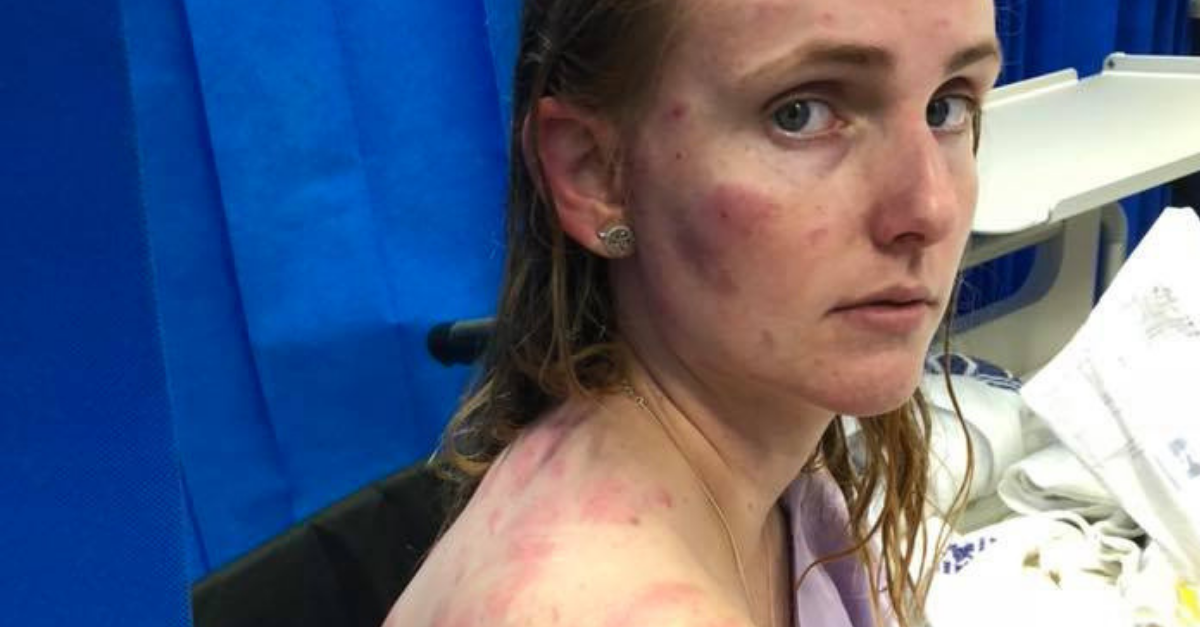 An Australian mother was driving with her infant daughter and her grandmother near Kingaroy when the family suddenly became caught in a tornado (they get those in Australia). Though they weren’t in danger from the actual funnel cloud the storm did begin to bombard their car with baseball-sized hail. With hailstones blowing out the car’s windows and obliterating the rest of the vehicle, Fiona Simpson’s motherly instincts kicked in and she dove on top of her newborn baby. Then she took an unbelievable beating.

Simpson stayed on top of her child and absorbed blow after blow on her back, neck, and head from rock hard, baseball-sized ice falling from the sky at around a hundred miles per hour. She was basically being beamed by Randy Johnson fastballs over and over again with no idea when it would stop. All to protect her baby. Simpson posted about her ordeal on Facebook and included pictures of her back after the meteorological pummeling.

What a badass. It’s hard to imagine being able to withstand something like that without either a) this woman’s bravery and maternal impulses, or b) PCP. So, yeah, this kid can never ever give mom crap for anything. No complaining. No whining teenage years. No calling her a bitch to be edgy. Just nothing but gratefulness her entire life. Her mom got punched in the back and head by God for her. Like a hundred times. There’s no arguing with that.