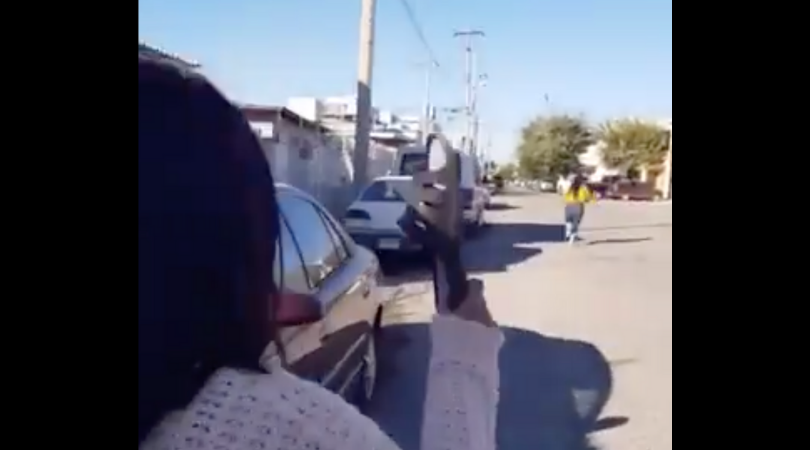 What’s the best part of being a parent? Watching your child grow and learn? Seeing a life you created go out into the world and make it a better place? Or is it punishing your dumb kids in hilarious ways? If this video of a Mexican mom using a sandal to do her best Patrick Mahomes impression on her fleeing daughter is any indication, it’s clearly number three. By a mile which, incidentally, is how far this mother threw said sandal.

This video is just superb. I don’t know what the girl is in trouble for. I don’t care. Maybe she broke a vase. Maybe she got an F in a class. Maybe her mom found some weed in her dresser. It doesn’t matter. All that matters is that this throw is incredible — impossible! — and that the daughter, who never stood a chance, eats it at the end.

This is the most rewatchable thing I’ve ever seen. If I were going to heaven this video would be playing on a loop for me as soon as I got there.

What a gunslinger. I’m in love with this.

According to Twitter commenters who replied to the video (so take this with a massive grain of salt) Latino mothers have been known to throw a sandal or two in their day. It’s a pretty common form of punishment, supposedly. If that’s even remotely true, and based solely on the mom in this video, the NFL and MLB need to be scouring Latin America for mothers with disobedient children so they can make them into quarterbacks and pitchers. They’re missing out on some serious cannons.

This article was originally published on April 12, 2019.

Watch: Mom Catches 13-Year-Old Son Who Stole Her BMW to Visit His Girlfriend