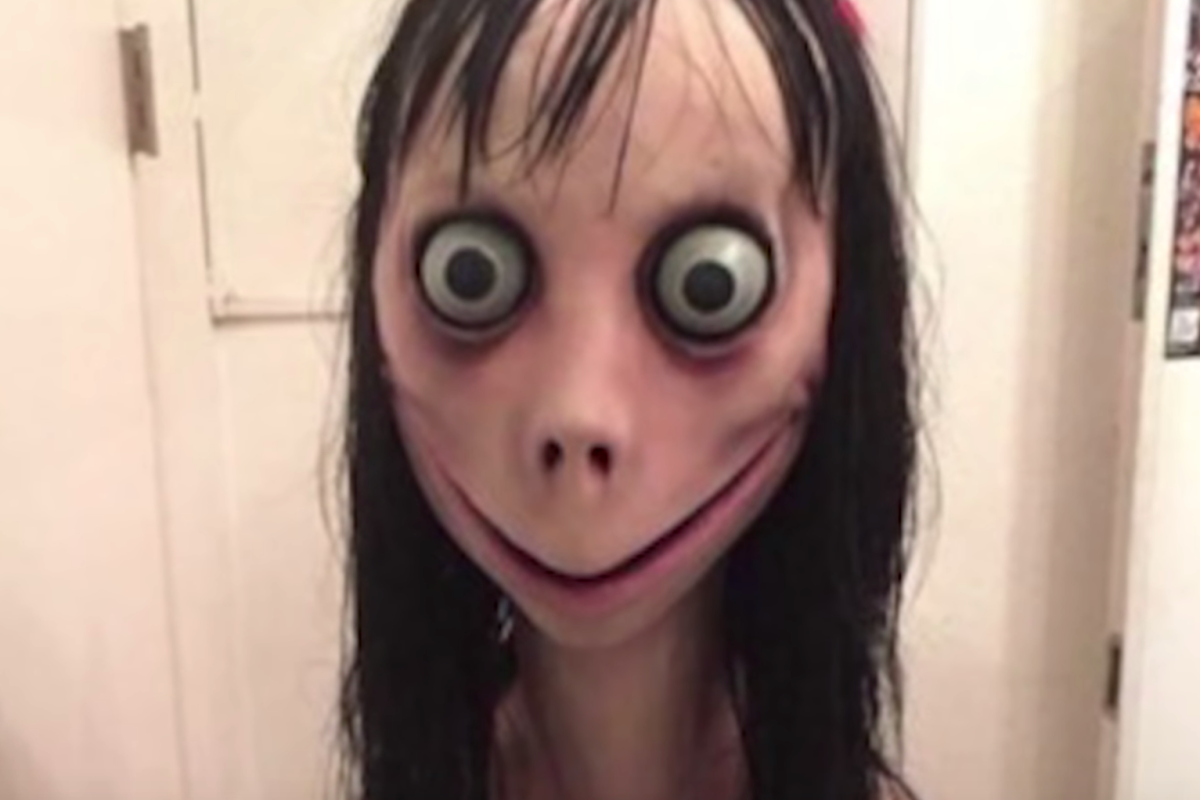 If you have teenagers, chances are you have heard about the dumb, scary and dangerous challenges that some “young adults” have been participating in around social media. If you haven’t heard about them, then I suggest you try to stay away from social media, or the internet as a matter of fact (after reading this article, of course), because they have done it again. Teenagers are partaking in another stupid social media suicide game that is creating panic worldwide.

A few months back, the “Hot Water Challenge” went viral that injured several children around the world, by causing severe burns due to boiling hot water being thrown at them. Now, there is a disturbing online suicide game going around throughout Facebook, WhatsApp Chats, and Youtube called “Momo.”

Authorities state the game uses a haunting image of an “avatar” as its main character, which is a sculpted image of a woman with bulging eyes and grotesque features. According to the Computer Crime Unit in the Mexican state of Tabasco, the game started on Facebook, where members are “challenged” to communicate with unknown phone numbers. As of now, the “Momo Challenge” has been reported in Argentina, Mexico, India, Colombia, France, the United States, and Germany. Most recently, according to Buenos Aires Times, a 12-year-old girl in Argentina reportedly took her life as a result of the game.

People with kids please monitor what their are watching. This #momochallenge is making kids commit suicide pic.twitter.com/nl4bZFt1Mn

The game ‘controller’ sends violent images to the person over any messaging app of their choice, claiming to know personal information about the player. This is where the threats and peer pressure comes in, scaring the teens. Players are then asked to kill themselves, telling them to post images and videos showing themselves committing suicide or causing self-harm.

Unfortunately, “The Momo Challenge” isn’t the only social media challenge that requires one to film themselves committing suicide. “Momo” has fueled comparison to the sinister “Blue Whale Challenge”, leading to reports of suicide in the United States and Russia, as well as the infamous “Slenderman Challenge”. Now, let’s not forget about the Cinnamon Challenge, Salt and Ice Challenge, Gallon Challenge, Tide Pod Challenge….I can go on, and on, and on. But I won’t, because to be honest, I’m tired of all these challenges that just lead to accidents and death that can actually be avoided.

“Momo” is a character illustrated as the face of an evil-looking woman with bulging eyes, stringy black hair, and a sinister smile. https://t.co/sxJBkdH57S

So, my question here is, why exactly are teenagers doing the challenges? I mean, I get they want to get views on social media and think it’s only a silly viral game, but is the end result of these violent acts really worth the risk? Is internet fame a real thing? We surely didn’t have these challenges when I was a teenager, so how did dangerous social media games start and why do new ones continue to surface?

Unfortunately, there is no answer to that question, because this is the world we live in now. Where shoving cinnamon and pouring hot water over you is the new trend. Honestly, it doesn’t look like it’s stopping anytime soon, which is terrifying to say the least. To all parents out there who are scared…we are too. The only thing we ask is to keep one eye open when it comes to online use and your children. Communicating with them is the best way to avoid these type of scenarios, even if it feels like there is a brick wall in between. We’ve all been there. Our number one priority should be to keep these children safe, so let’s try and do that as best as we can.