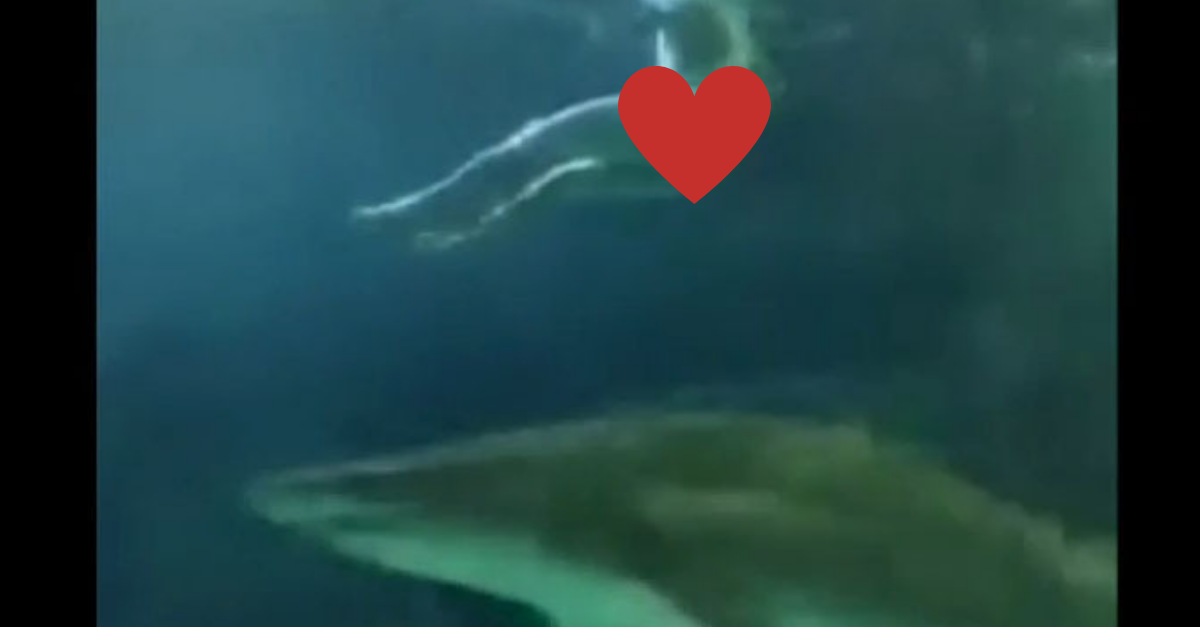 This past weekend a visitor to Ripley’s Aquarium in Toronto decided to show some sharks his hog and in the process establish dominance over every living thing in the aquarium — aquatic and terrestrial. The man, whom authorities are still searching for, walked into the aquarium around 10:30 p.m. this past Friday and immediately disrobed.

The man then jumped into the shark tank, swam around, was yelled at, got out, then jumped back in, swam around some more, got out again, put his clothes back on, and left.

Other patrons of the aquarium captured the man’s naked swim with danger on their phones.

This case seems pretty open and shut to me. A quick perusal of Google Maps shows that there are at least a dozen bars within walking distance of this aquarium. They’re basically across the street. This guy was wasted with his buddies, probably pounding Molsons and talking about how good the Maple Leafs look, when somehow bravery or toughness came up and, ultimately, this guy was dared to dangle his dong in front of sharks.

Not wanting to look like a little bitch, and fueled by a gallon of Canadian beer, this guy accepted and then completed the challenge. This has all the makings of a drunken dare. It’s either that or this was a hobo way off his meds. Or maybe this was a guy who lives nearby and had taken a lover home, but he can’t get an erection unless he feels like he’s in danger, and the gun that he normally puts in his mouth during sex was out of bullets, and his neighbor who he sometimes pays to stand in the corner holding a butcher’s knife while he’s having sex was gone for the night, so he needed a quick fear boner fix.

Those are pretty much the only three options, and the drunken dare feels like it’s probably the most likely. (Followed by fear boner, followed by hobo.) Canadian police have assured the public that if caught this man will be given a very severe talking to.

This article was originally posted on January 18, 2019.