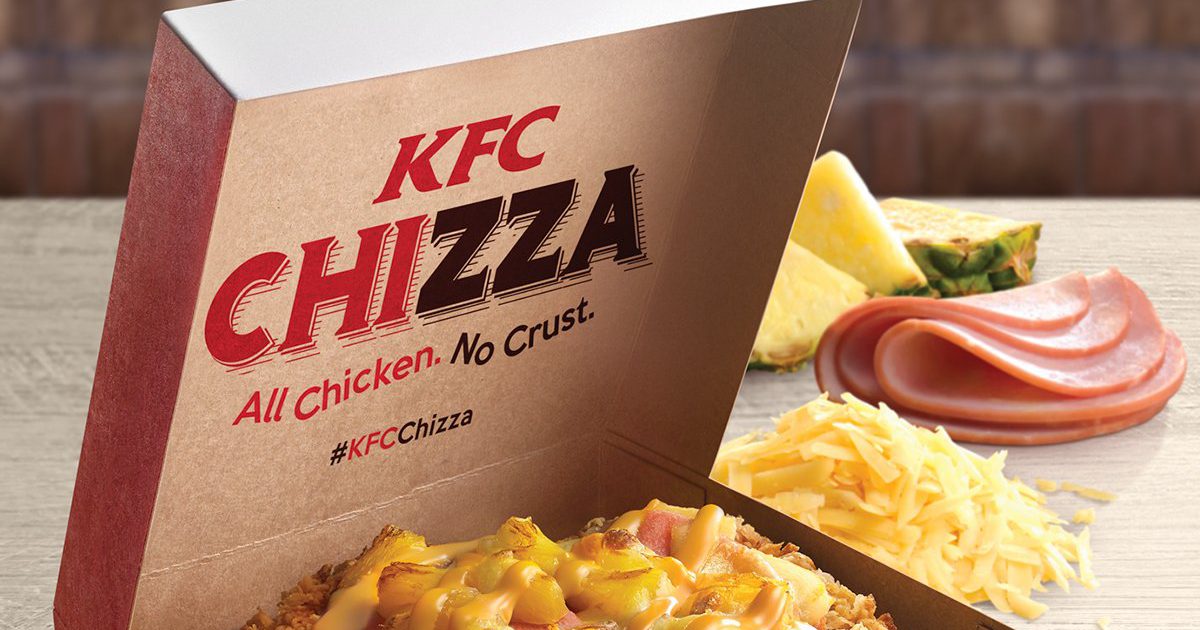 It’s time for dinner, and you’ve already written off eating healthy for the night. You’re down to two favorites: fried chicken and pizza.

Hard to pick, really. And with things like combined KFC and Pizza Hut locations (or KFC and Taco Bell, as made famous by rap group Das Racist), you could be in for a decision that comes down to the wire.

No more, friend. If you’ve got a KFC location in range, at least.

Colonel Sanders’ chain, never content to rest on laurels, has gone one step beyond the KFC Double Down. They’re taking the “Fried-chicken-as-bread” concept as far as they can. That’s right, folks: From deep inside the Yum! Brands test kitchen lair comes a (Hawaiian-esque?) pizza on a fried chicken crust. A “Chizza.” That is the actual name. It’s available in Singapore right now.

The legendary #KFCChizza has FINALLY arrived in Singapore!!! Who's excited?! pic.twitter.com/E0QA4A60mC

Per the video explainer, a “Chizza” (how do you even pronounce that? Chit-za? Cheetz-ah? Cheeza?) packs ham, sauce, PINEAPPLE and cheese onto a breaded and fried crust of fried chicken.