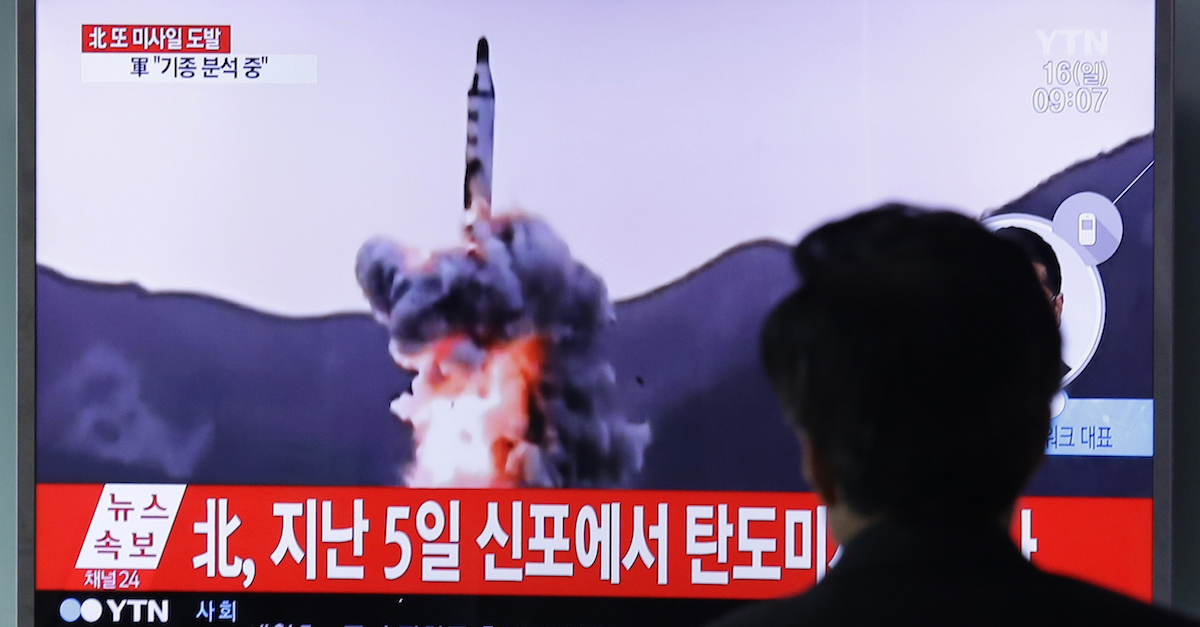 Despite North Korean dictator Kim Jong-un’s recent boast about his nuclear button, a newer report has revealed that there might be some grave errors hiding behind the country’s attempt at keeping up appearances.

A source in the United States government with knowledge of North Korea’s weapons program reportedly informed The Diplomat of a ballistic missile test that went wrong April 28, 2017. The country launched a Hwasong-12/KN17 intermediate-range ballistic missile, or IRBM, from Pukchang Airfield in South Pyongan Province. The source said that within a minute of being in the air, the missile’s first stage engines failed and caused it to crash back down to the ground.

The missile reportedly hit a North Korean city called Tokchon, about 40 miles north of Pyongyang, and a complex containing industrial or agricultural buildings was reportedly damaged in the process.

The Daily Mail noted that the city of Tokchon is inhabited by about 200,000 people. The publication also showed two satellite images taken by Google of the complex, one from October 2016 and one from May 2017. The second image seems to show a crater and damages to the structure that did not exist in the first screenshot.

The Diplomat noted that a failed launch might explain why North Korea used Sinpo, a seaside town, to conduct at least two test launches for the Hwasong-12 missile — an errant missile crashing into the sea would be less dangerous than one hitting a populated area.

As for what this means for the U.S., the Diplomat explained that rather than coming from known launch pads, DPRK missiles may originate from hardened tunnels, hangers or other newly constructed storage sites scattered all around the country, which has added to and diversified its list of launch points.

With those changes, the U.S. would only have a few hours to detect pre-launch preparations in the event that North Korea prepares to strike.

Just a few weeks ago, a report from Japan indicated that North Korea was looking to equip missiles with anthrax.

RELATED: China may already be breaking UN sanctions against North Korea just months after agreeing to them