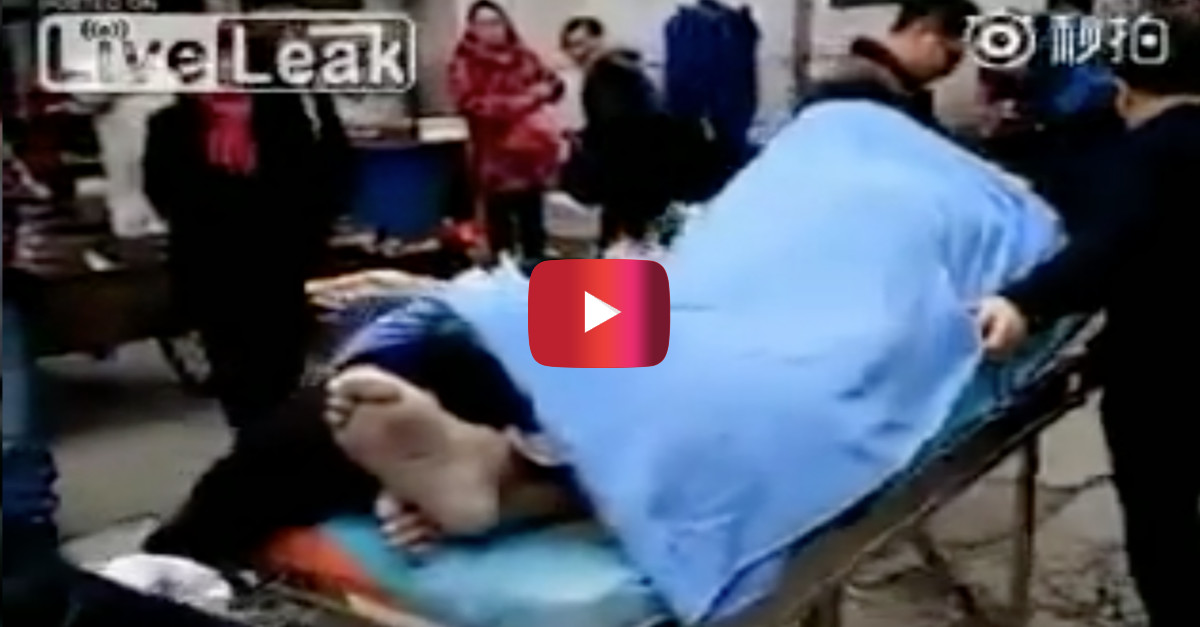 The incident is said to have taken place in China. The man did not only die while having sex with a prostitute but also got stuck to her and vice versa, which would explain why there are two people on the stretcher, one living and one dead.

The Daily Mail wrote that this was a case of “penis captivus,” where “The muscles of the woman’s pelvic floor contract rhythmically at orgasm. While those muscles contract the penis becomes stuck and further engorged,” as one doctor put it.

Well, that’s one way to go.