A chippy soccer match in Brazil between teams Gama and Brasiliense went off the rails on Sunday after a seemingly innocuous collision between two players.

The player apparently affected the most by the collision — the guy holding his face and rolling on the ground — could be accused of flopping, but that’s none of our business.

RELATED: This baseball fight happened almost 15 years ago and still holds up as one of the craziest brawls ever

What is our business is that the ensuing brawl was so bad military police had to restore order, and fans in the stands were literally scaling the walls of the stadium to get the heck out of there.

Other fans were more interested in joining the violence on the pitch.

The players were handing out kicks and punches like candy.

RELATED: Take a look back at one of the most notorious brawls in NBA history that became known as “The Malice at the Palace”

Here’s some bonus footage of military police getting involved.

Today's mental S. American football news – Too hard to describe this ludicrous series of events in 140 characters so just watch it. pic.twitter.com/HmGNwjFEzX

According to the Brazilian news site Globo Esporte, no one was arrested.

Wild soccer fights in the bleachers and on the field are fairly common.

Another one in Brazil from 2013 immediately came to mind.

Law enforcement deployed rubber bullets as fans stomped on one another. 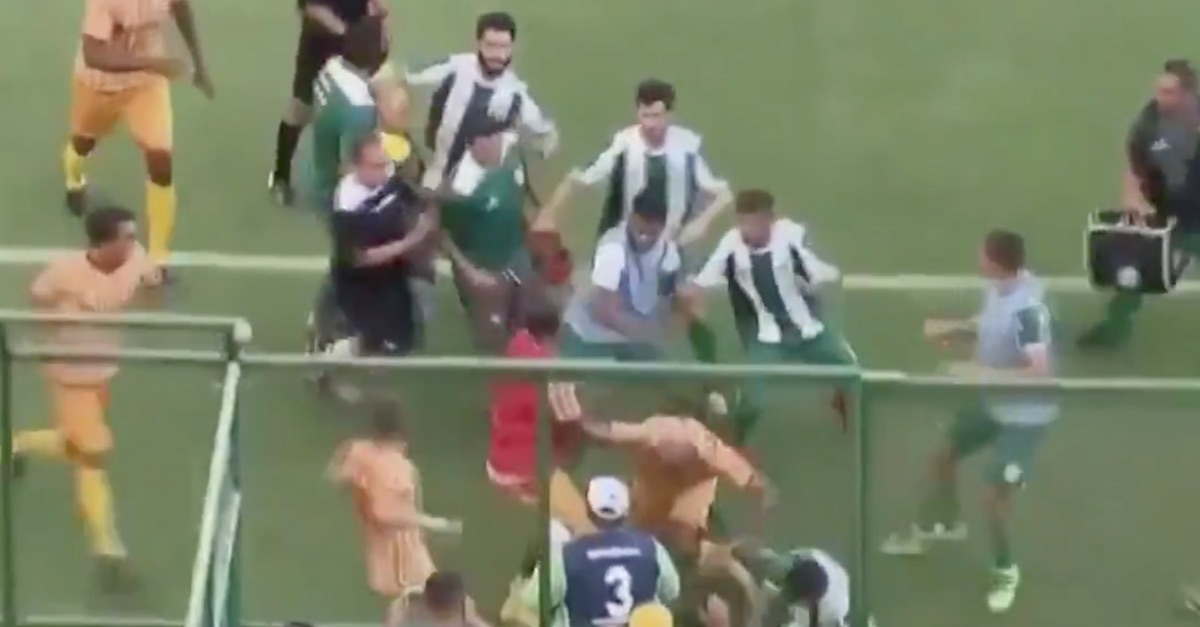