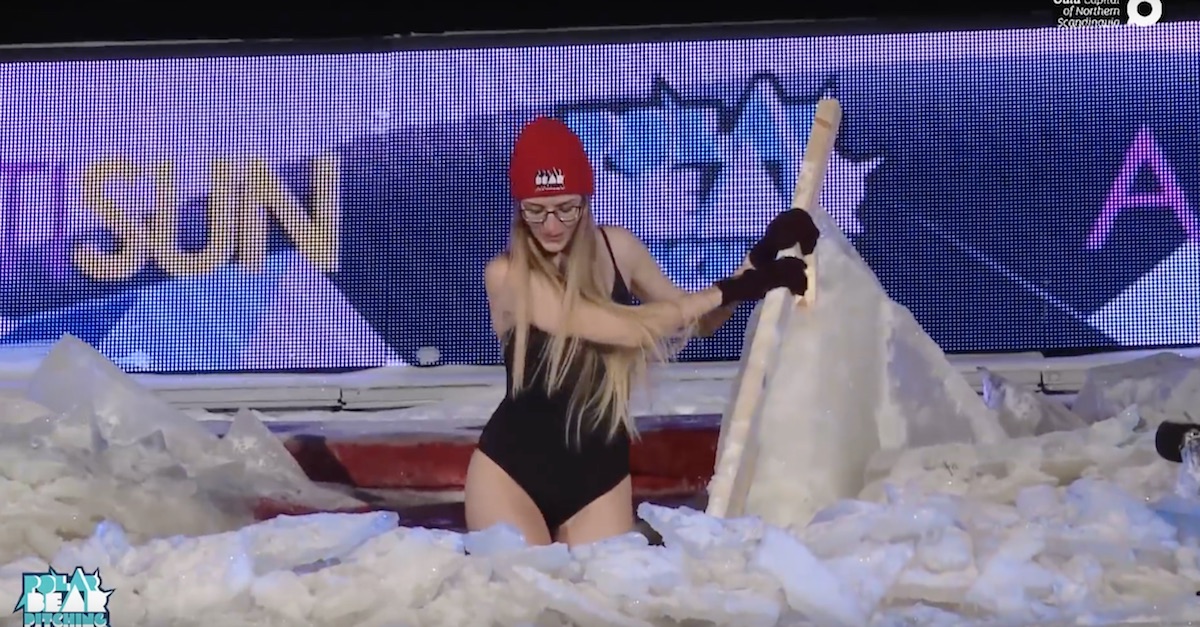 How far would you go to get your business off the ground?

What if we told you that startup businesses from all over the world seeking some important investment cash stripped down and jumped into ice holes to pitch their concepts for a prize of roughly $12,245?

Mashable, in a lengthy article, explored the unusual entrepreneur competition designed to cut to the chase.

The rules of Polar Bear Pitching are pretty simple: stand in the ice hole waist-deep as long as you want as you pitch your ideas, but understand that nature will have something to say about the length of the presentation.

What happens is that the presentations, by necessity, end up being a lot more focused and to the point.

Kemppaala said that the Polar Bear Pitching idea, she thought, would make people better at selling their products by giving them a sense of urgency, and by cutting down on the meandering and jargon.

“What if we put startup founders in an ice hole?” she wondered. “They would become better presenters and be forced to get to the point!”

When you consider that the longest any entrepreneurs have lasted in the ice holes was four minutes and 53 seconds, this is no easy task.

Co-founder and CEO of Artisan Tatiana Zaretskaya proved to be the best of them all, winning the $12,245 grand prize.

Somehow, she said, it wasn’t really that bad.

“I thought it would be much worse. Yesterday [at the semi-finals] it went very easily, but today [at the finals], I was very stressed. My heart rate was reading 170 beats per minute,” she said.

We’ve never seen anything like it, that’s for sure. Would you be tempted to jump in an ice hole?