Philippine president who cursed out Barack Obama took his drug war to a new level, leading to the death of a city mayor 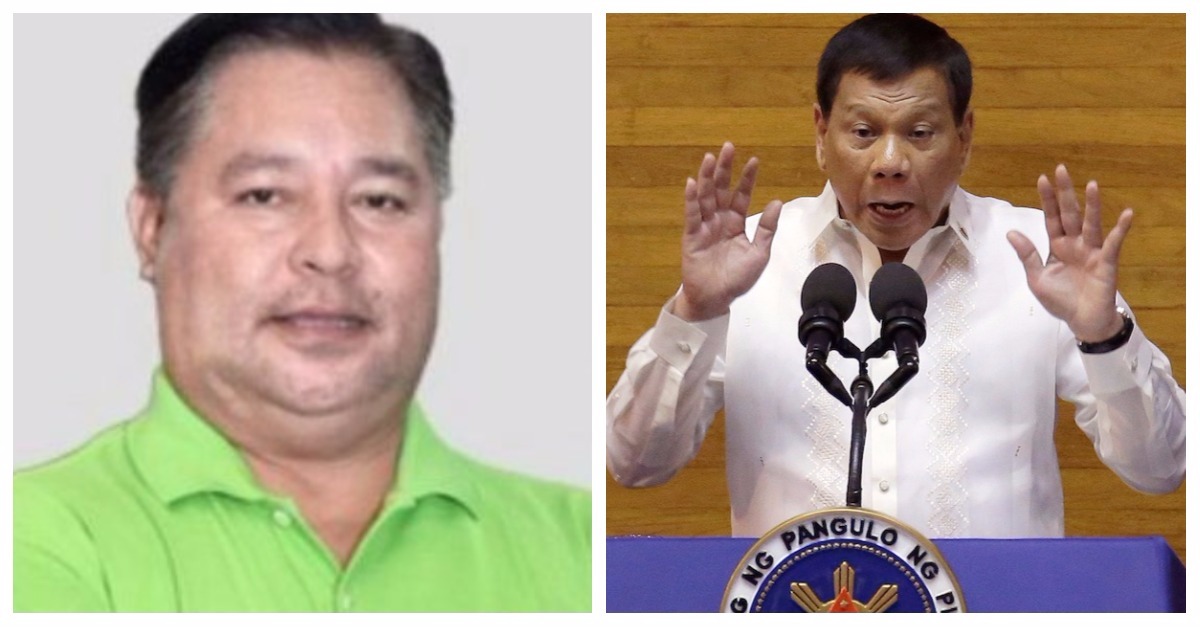 President of the Philippines Rodrigo Duterte has been in the news for some time for an anti-drug policy that reports say include extrajudicial killings.

RELATED: The world leader who called Barack Obama a “son of a bitch” may have fed a human to a crocodile

He burst onto the international scene due to these stories and an incident in which he called then-President Barack Obama a “son of a bitch” or a “son of a whore,” depending on the translation of the slang used.

Despite thousands of deaths associated with the anti-drug campaign, Duterte has denied accusations of extrajudicial killings in the past as “alternative facts.” But on Sunday, 15 people were killed in Zamboanga in a drug raid.

One of the people was the city’s mayor.

Officers were to serve warrants to Mayor Reynaldo Parojinog Sr., of Ozamiz, a port city, to search his houses for the suspected presence of unlicensed firearms when gunmen opened fire on the police, sparking clashes that killed the mayor, his wife and at least 13 other people, Ozamiz police chief Jovie Espenido said.

“He’s a high-value target on illegal drugs,” Espenido, who oversaw the simultaneous, post-midnight raids on the mayor’s residence and three other houses, said at a news conference.

In the past, Duterte said he used to take out criminals personally.

“In Davao I used to do it personally. Just to show to the guys [police officers] that if I can do it, why can’t you?” he said. He has also been accused of feeding a corpse to a crocodile.

At least five people, including Parojinog’s daughter Nova Echaves, who serves as vice mayor of Ozamiz, were arrested during the raids. Policemen were approaching the mayor’s house when his bodyguards opened fire, hitting a police car, wounding a police officer and sparking a firefight amid a power outage, Espenido said.

A grenade held by one of Parojinog’s bodyguards exploded during the clash inside his house, and it remains unclear if he and his wife were killed by the blast or police gunfire or both, Espenido said, adding that assault rifles, grenades, suspected methamphetamine and cash were seized in the raids.

“The administration vowed to intensify the drug campaign,” presidential spokesman Ernesto Abella said in connection with Sunday’s raids in Ozamiz. “The Parojinogs, if you would recall, are included in [Duterte’s] list of personalities involved in the illegal drug trade.”

The drug killings have been widely criticized by Western governments and human rights groups, which have called for an end to what they suspect are extrajudicial killings related to the anti-drug campaign.

Parojinog is the third mayor to be killed the drug crackdown and the first to be killed during a drug raid. All three of those leaders were among the more than 160 officials Duterte named publicly as being linked to illegal drugs in August of last year as part of a shaming campaign.

RELATED: The Philippines president gave a vulgar warning to President Obama that may get a meeting cancelled

Duterte has vowed not to stop until the last drug dealer in the country has been eliminated — in his words, he will “hound [them] to the very gates of hell.”