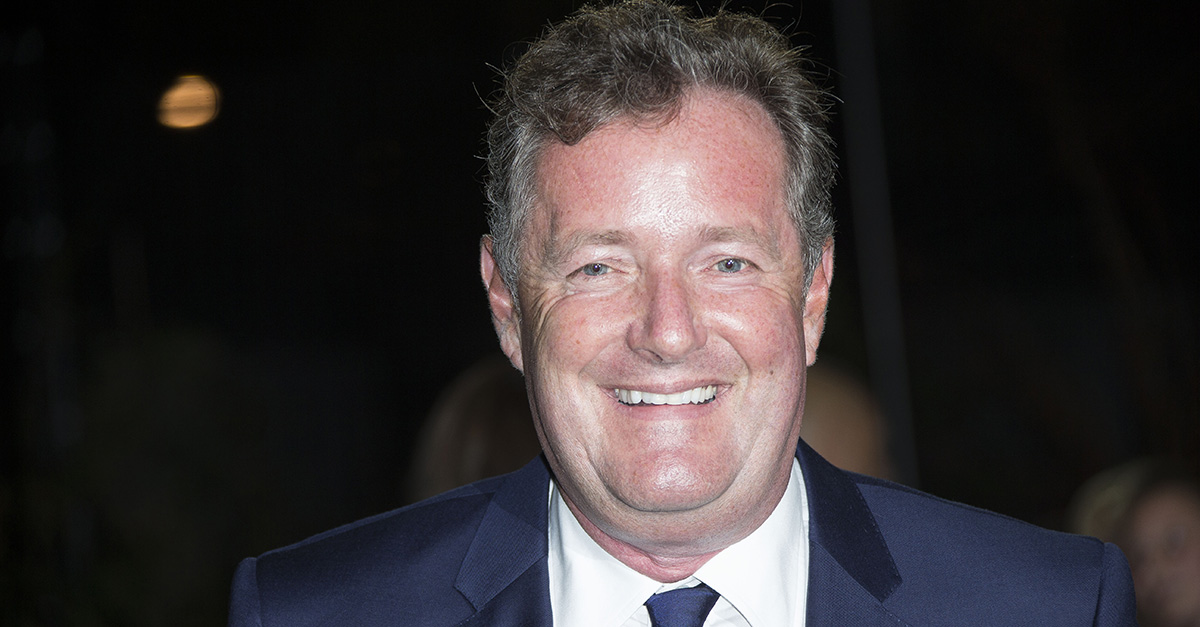 There seems to be some pretty serious chemistry issues going on between “Good Morning Britain” co-hosts Piers Morgan and Susanna Reid.

It’s pretty obvious. How? Well, facial expressions say it all, but Reid offered a few words during the exchange below that made the tension even clearer as Morgan stared blankly into space — but you can imagine the cartoon steam pouring out of his ears as he listened to Reid.

This moment was just too beautiful for words, @susannareid100… 😂😂😂@piersmorgan @CharlotteHawkns pic.twitter.com/hK2n88nBS4

Wednesday morning’s exchange started with Morgan talking about how annoyed he gets by people who are “always banging about politics on Facebook.” He said he’s had to “unfriend family members.”

“I need some respite. Can’t you just put up a picture of your little kid having an ice cream or something or doing a cart wheel?”

RELATED: Amber Rose annihilated Piers Morgan on Twitter after he called her out for posting that nude selfie

It was almost possible to see into Reid’s mind as Morgan carried on, and her response was priceless.

“I know exactly what you mean,” Reid says. “Yeah, when someone just keeps going on and on and on, and you just need respite and a break, and you just wish you could de-friend them, but you’re just forced every day to listen to their views. I know exactly how you feel.”

Susanna Reid dies a little inside every time @piersmorgan opens his mouth… pic.twitter.com/rP46QrydkU

RELATED: After publicly trashing Ariana Grande, Piers Morgan has had a change of heart

For regular viewers of the British morning program, Reid’s frustration with Morgan’s droning viewpoints is well-known. Her facial expressions are becoming the stuff of legend in the U.K.

Twitter user @JOE_co_uk felt inclined to post a video mashup of Reid showing her disgust, angst and annoyance at Morgan. He wrote: “Susanna Reid dies a little inside every time @piersmorgan opens his mouth…