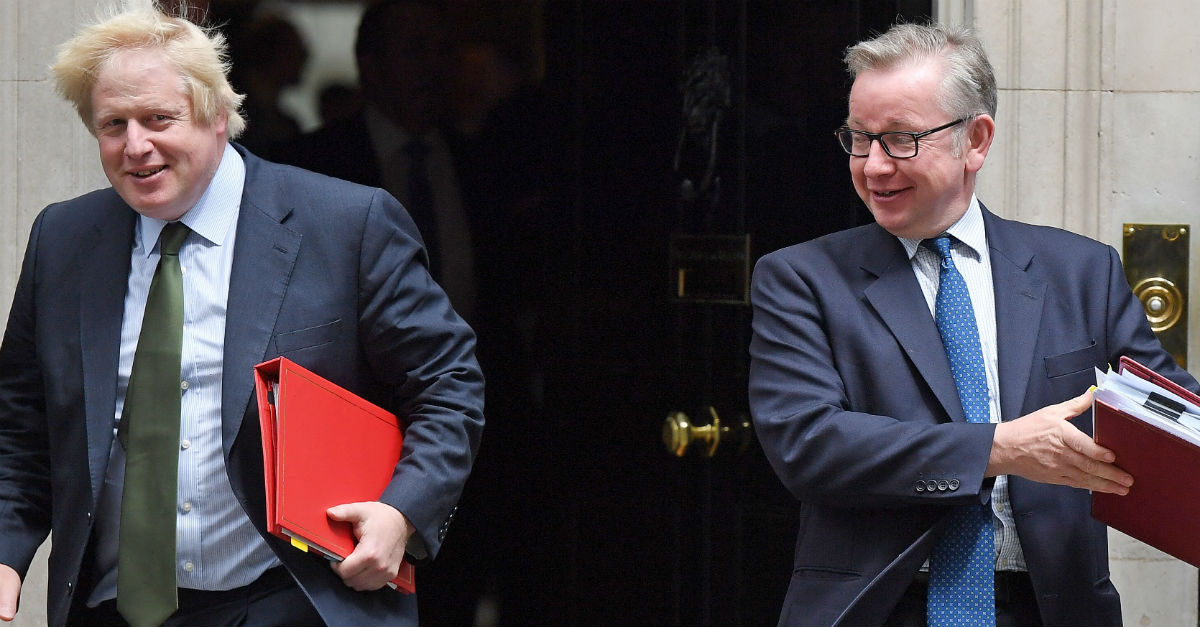 (Photo by Chris J Ratcliffe/Getty Images)
LONDON, ENGLAND - JUNE 15: Foreign Secretary Boris Johnson and Environment Secretary Michael Gove leave 10 Downing Street on June 15, 2017 in London, England. Prime Minister Theresa May is due to hold a series of meetings with the main Northern Ireland political parties today to allay mounting concerns over a government deal with the DUP in the wake of the UK general election. (Photo by Chris J Ratcliffe/Getty Images)

A British politician is eating his words after he made an off-the-cuff remark comparing interviews to Harvey Weinstein’s sexual abuse.

During an unfortunate interview, Michael Gove, who is currently the United Kingdom’s Secretary of State for the Environment, Food and Rural Affairs remarked that going into the studio “is like going into Harvey Weinstein’s bedroom – you hope to emerge with your dignity intact.” The backlash against the European official was swift, and he was sharply criticized for trivializing sexual assault.

Gove has since apologized for his remarks, saying that it was a “clumsy attempt at humor” and that “it wasn’t appropriate. I’m sorry and apologize unreservedly,” but his apology didn’t stop the backlash.

Michael Gove just left the studio without his dignity

No, @michaelgove it's not like that. I have never once feared for my personal safety in a media studio. Don't trivialise sexual assault. https://t.co/8neWSdnWJZ

British MP Michael Gove: these women have more “dignity” and courage than you will ever have, you vile, hardened fragment of shite.

Gove gave the interview in front of a live audience. One journalist who was in attendance said that while some were laughing, other had a “look of disgust,” the BBC reports. Also, the interview took place on the 60th anniversary of the show, an occasion that one BBC reporter says that Gove ruined.

Weinstein, who was once one of the most powerful names in Hollywood, has since left his company and gone to Europe, where he is taking sex addiction therapy classes. The number women who have accused him of sexual assault continues to rise.