President Donald Trump isn’t backing down from his assertion that Mexico should pay for the border wall that he’s pushing to build along the United States’ southern border.

During his meeting with Mexican President Enrique Peña Nieto at the G-20 summit in Hamburg, Germany, Friday, a reporter from the Associated Press asked, “Do you still want Mexico to pay for the wall?”

President Trump replied, “Absolutely,” according to a pool reporter.

Trump made the comment sitting right next to Peña Nieto, even though the Mexican leader has said in the past that Mexico will not pay for “any wall.”

The United States’ 45th president also called Nieto his “friend” during the meeting, saying that they had made “very good progress.”

“We’ve all had a very successful day and a very interesting day. It’s great to be with my friend, the president of Mexico,” Trump said as they began the meeting. “We’re negotiating Nafta and some other things with Mexico. Let’s see how it all turns out. But I think we’ve made very good progress.” 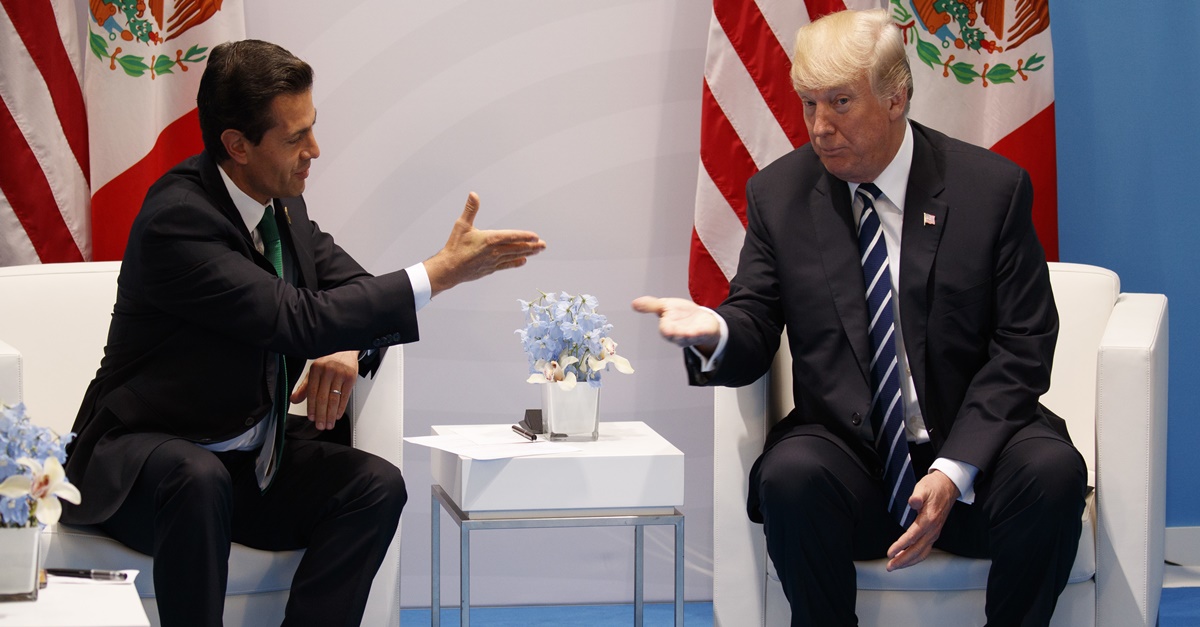