The British Royal Air Force has confirmed that a viral photo claiming to show a message written on an RAF munition destined for an ISIS target is genuine. The photo began making the rounds today.

RELATED: US Military, Trump bomb the sh*t out of ISIS

The Telegraph reports that an RAF spokesperson told them the message was written on a Paveway IV bomb carried by a jet flying out of the RAF Akrotiri base on the island of Cyprus in the Mediterranean.

RAF Akrotiri has been a vital launchpad for airstrikes against ISIS targets in Syria and the area.

The spokesperson added that the unnamed service member who wrote the message would not be disciplined for it.

“The sentiment of the message written on the weapon is understandable and such writing has history in the RAF, so the individual concerned will not be taken to task,” according to the spokesperson. 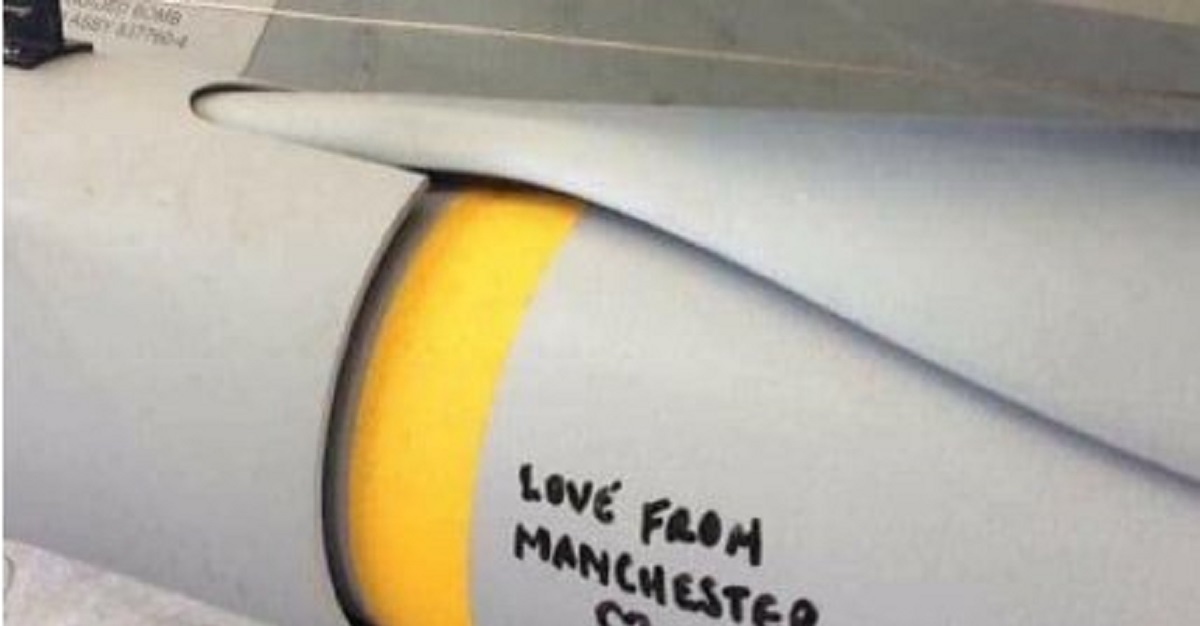