A merchant ship that had missing since it was attacked in Aug. 1943 by two Japanese fighter planes off the coast of Australia has been found 74 years later.

RELATED: Wreckage of a WWII U.S. Navy cruiser lost to the ocean after it was torpedoed has been found at last

The SS Macumba, 2,500-ton steel ship that was carrying supplies and war materials, was discovered on Wednesday morning by researchers with the Commonwealth Scientific and Industrial Research Organisation (CSIRO).

According to Mashable, three of the crew were killed in that attack during World War II, while survivors were escorted to safety. Those killed were Second Engineer Harold Keller, Donkeyman George Dew and Chief Engineer William Alfred Lane.

This is the SS Macumba sinking in 1943. Its wreck has now been found. Find out how we plan to protect it https://t.co/bpeNIEq81W pic.twitter.com/izzCLiaVVn

“The search was important to everyone on board this voyage and a lot of eyes were either glued to monitors or scanning the horizon for the signs of marine life that often point to features underwater,” CSIRO’s Marine National Facility voyage manager Hugh Barker said of the discovery.

“We discovered the wreck in the middle of the night after about 10 hours of searching, which was lucky as we only had a couple more hours available for the search,” he added.

RELATED: More than 70 years after his plane went down in Germany, a WWII pilot has been found in a remarkable way

Barker said the team monitoring sonar noticed “some unusual features on the seafloor near the edge of our search area.”

That’s when they dropped a camera into the water and found sharks swimming around the SS Macumba, as video above shows. 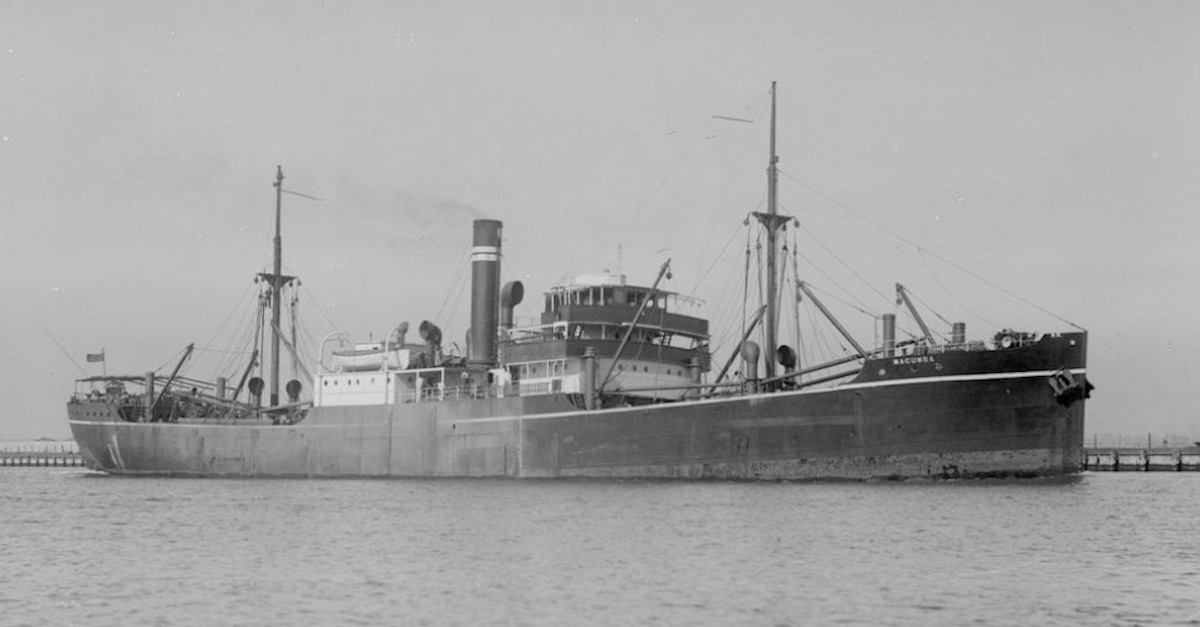