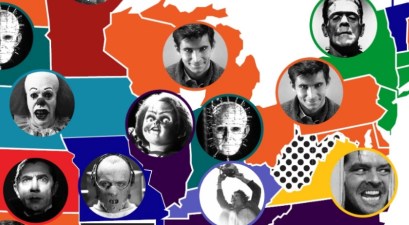 This Is The Most Googled Horror Movie Villain in Your State!

A British restaurant incurred the wrath of the local health board after they served food on wooden boards instead of plates.

RELATED: President Trump went on a Twitter spree and said there are 3 reasons he’s a “genius”

The restaurant, Ibrahim’s Grill and Steak House Ltd, was fined £50,000 after a case was filed. A group of 14 people claimed that they got food poisoning from the eatery in October 2016, and the health inspectors determined that the wooden plates were “incapable of being cleaned,” according to a local website, Birmingham Updates.

The health inspectors reportedly had a number of problems with the restaurant. Rather than hand washing, employees relied on disposable plastic gloves when cleaning. In addition, the cleaning chemicals on hand were not being used “in accordance with manufacturer instructions,” per a tweet from the city council.

The cleaning of the premises was poor and sanitising chemicals were not being used in accordance with manufacturer instructions.

And wooden plates which were incapable of being cleaned were being used to serve the food. pic.twitter.com/mx8waIaSKe

After a lengthy court battle, the restaurant entered a guilty plea. Mark Croxford, who heads the environmental health department of the Birmingham City Council added, “It is completely unacceptable for businesses to put the health of people eating at their restaurants at risk.”

Mr Croxford added: “The owners were given sound advice which they chose to ignore. I am pleased magistrates supported our efforts with a large fine and hope advice we give on improving businesses to protect health will not be ignored in future.”

A Twitter user pointed out that using wooden cutting boards might be okay but serving food on the planks is definitely a no-no.

The problem is they either get put through a dishwash which makes them split and leave crevices for allergens or old food or they are washed in soapy water with no disinfection. Some, if used for food that doesnt need cutting and are cleaned and disinfected properly would be ok

Apparently, the “wooden plates” debate is a pretty big issue – there’s even a Twitter account (aptly named “we want plates”) determined to end the trend. That account has almost 150,000 followers, and its timeline is full of images of food served on things other than plates.