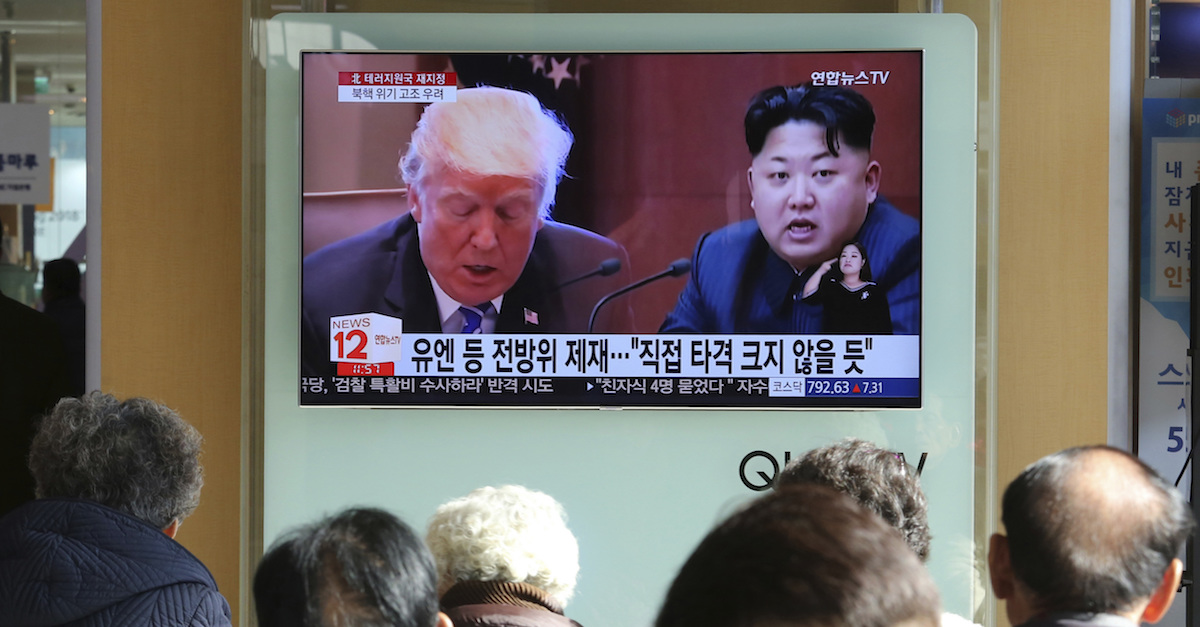 North Korea’s latest launch of a missile this week now has Russia claiming that the United States is trying to provoke the rogue nation into stepping up its nuclear missile program.

That accusation comes from Russian Foreign Minister Sergei Lavrov, who rejected a call by the American envoy to the UN Security Council to sever ties with North Korea after its latest ballistic missile test, the BBC reported.

RELATED: The state of Hawaii is now bracing for the worst from North Korea in a seriously concerning way

Russia argues against the effectiveness of sanctions in containing North Korea, instead supporting further negotiations. Russia, along with China, is one of the few governments in the world with which North Korea has even mildly favorable relations. Meanwhile, the U.S. President Donald Trump has warned North Korea that they will be “utterly destroyed” if a war occurs.

This latest round of verbal shots comes after North Korea launched a missile Wednesday for the first time in two months, which they claim is able to reach the continental United States.

However, according to the BBC, defense experts have downplayed the country’s “ability to master the technology needed to launch a missile carrying a warhead capable of re-entering the Earth’s atmosphere.”

Lavrov, who spoke while visiting Minsk, the capital of Belarus, wondered if the U.S. was attempting to destroy North Korea by making its leader Kim Jong-un “snap.”

“One gets the impression that everything has been done on purpose to make Kim Jong-un snap and carry out further inadvisable actions,” Lavrov said, declaring that U.S. officials “should explain to us all what they’re after.”

He continued: “If they want to find a pretext for destroying North Korea, as the U.S. envoy said at the UN Security Council, then let them say it outright, and let the supreme American leadership confirm it.”

Lavrov went on to say that the Russians favor another round of diplomacy and negotiations, but added, “The Americans completely ignore this requirement, and I consider this a big mistake.”

RELATED: After North Korea said it achieved the nuclear power to hit Washington D.C., Donald Trump responded with this

The North Korean missile launched on Wednesday, the Hwasong 15, reportedly flew higher than any other previously tested by the DPRK. The government claims it flew more than 10 times the height of the International Space Station before crashing down in Japanese territorial waters.

“They have extended the range now out to a point that it is hard to credibly argue that North Korea couldn’t have the U.S. eastern seaboard within its range,” Vipin Narang, associate professor of political science at MIT, told the BBC.

However, in a counterpoint, the BBC noted that David Wright at the Union of Concerned Scientists wrote in his blog that the rocket was probably carrying a very light mock warhead, which means “it would be incapable of carrying a nuclear warhead to [the continental U.S.], since such a warhead would be much heavier.”