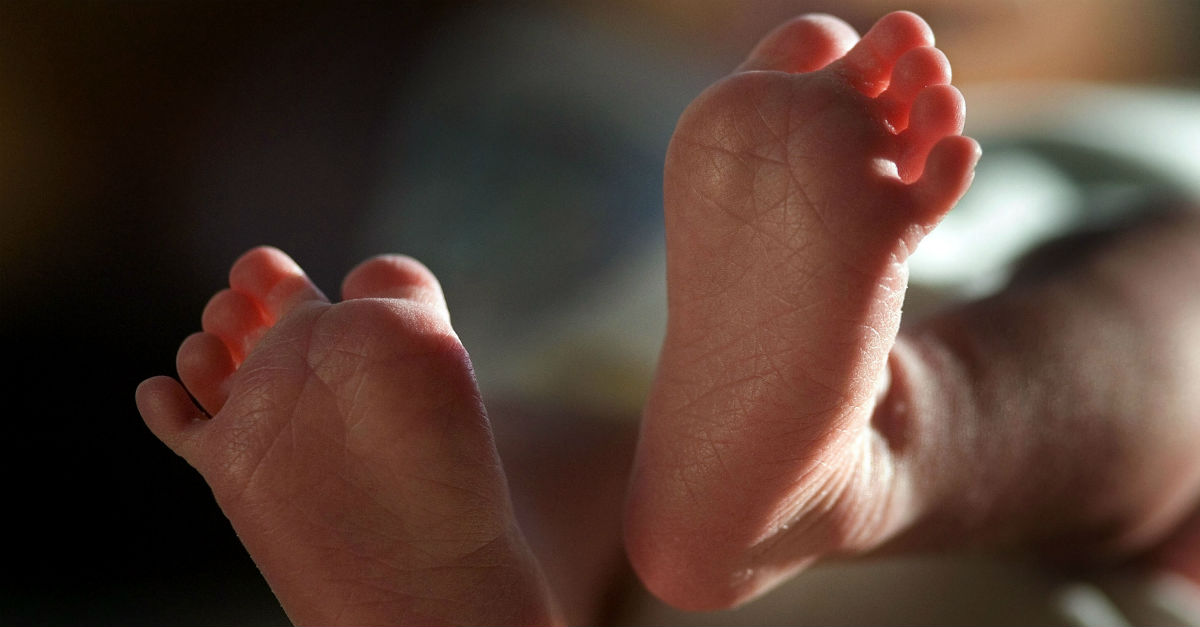 Christopher Furlong/Getty Images
KNUTSFORD, UNITED KINGDOM - APRIL 03: (FILE) In this file photograph taken on March 20, 2007, a two-week-old boy finds his feet in his new world. Health Secretary Patricia Hewitt announced, April 3, 2007 that for the first time, mothers-to-be will have a guarantee that the NHS will provide them with a full range of birthing choices - including home births - and a midwife they know and trust to care for them. (Photo by Christopher Furlong/Getty Images)

A set of parents were in for the surprise of a lifetime after spending nearly a decade believing they lost their son.

In 2011, a mother and father in Volgograd, Russia, which sits in the southwestern part of the country, were informed by their doctor that their newborn would die within the week, reports The Independent. Believing that their time with him was coming to a close, the parents made the difficult decision of signing over their baby to the hospital.

Five days after making the decision, the couple returned to reclaim their child. But it was already too late, or so they thought. The hospital told them that their young son had already passed away.

Seven years went by and the couple learned in a rather disturbing manner that there was a miscommunication of information.

Russia’s Federal Bailiff Service seized a substantial amount of money from the mother’s bank account. When she went to inquire about the action, she was told that she owed 230,000 rubles, which is just over $4,000, to a childcare home. When told why, it’s because the home had raised her son since his birth.

“It became clear that the married couple had been assured for all this time that the child was dead,” explained a spokesperson for the bailiff service. “The parents, so unexpectedly aware of the ‘resurrection’ of their baby, immediately appealed to the court for the restoration of parental rights.”

The couple was able to restore their rights in November. They said that the final result of the ordeal “a gift from fate.”

The incident has since been blamed on an administrative mix-up.

RELATED: The internet is in love with this envelope that was deemed ‘so tiny’ by postal workers