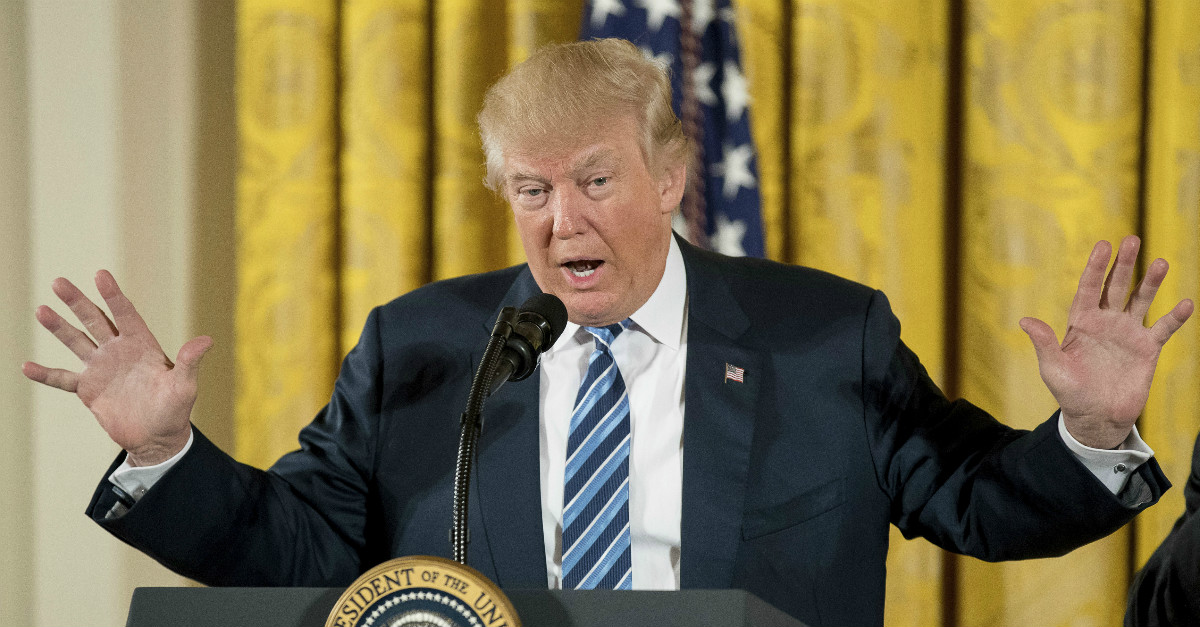 According to reports, seven migrants ? six from Iraq and one from Yemen ? were not permitted to board a flight from Cairo to the United States on Saturday. In addition, two Iraqis were detained after flying into New York’s JFK airport on Friday night.

The incidents occurred after President Trump signed an executive order “establishing new vetting measures to keep radical Islamic terrorists out of the United States of America.” The order puts a 90-day pause on visas and immigration from nations the State Department has determined are State Sponsors of Terror. It also comes along with a 120-day pause on the State Department’s entire U.S. Refugee Admissions Program and declares that refugees from Syria, in particular, are not welcome until further notice.

One of detained Iraqis, Hameed Khalid Darweesh, has been working in Iraq on behalf of the U.S. government for 10 years now. Haider Sameer Abdulkhaleq Alshawi, the other detained Iraqi, flew to the United States to join his wife and son. Cairo airport officials say seven U.S.-bound migrants were prevented from boarding an EgyptAir flight to America. According to officials, the seven migrants, who were escorted by officials from the United Nations refugee agency, were prevented from boarding the plane after authorities at Cairo airport contacted those at JFK airport, where they would have landed.

Trump’s order declares that U.S. policy is “to protect its citizens from foreign nationals who intend to commit terrorist attacks in the United States and to prevent the admission of foreign nationals who intend to exploit United States immigration laws for malevolent purposes.” The Arab-American Anti-Discrimination Committee, however, reported chaos at airports and in the air following the ban, already receiving calls for help from green card and visa holders.