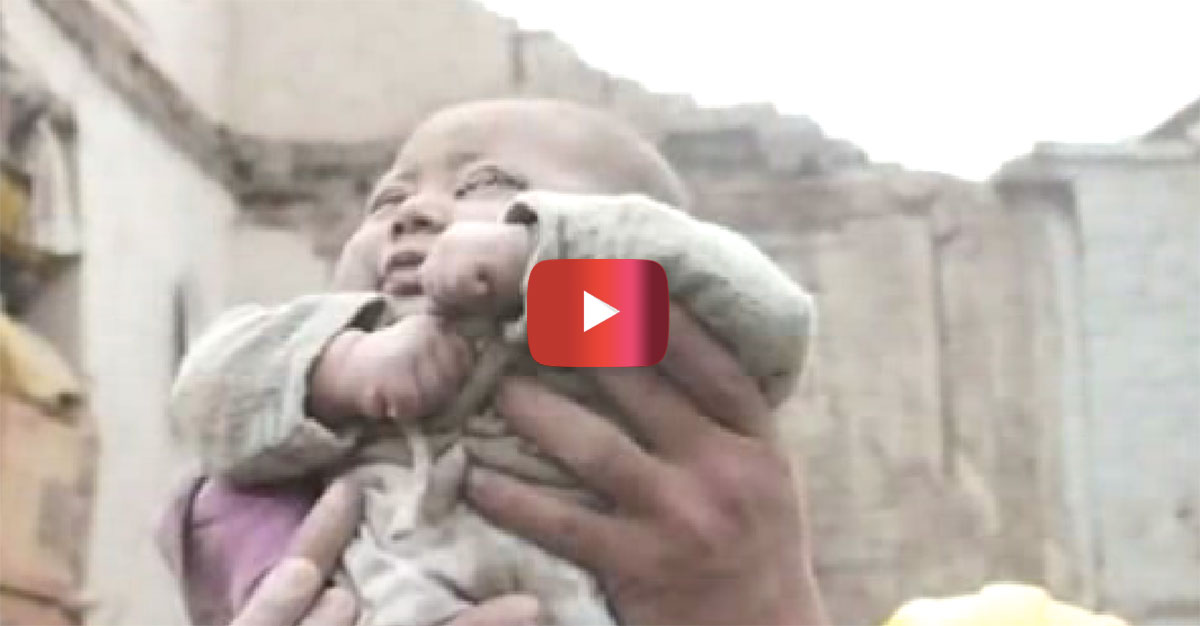 A 4-month-old baby survived more than 22 hours under rubble left behind by the earthquake in Kathmandu.

ABC News reports the Nepalese Army left the site, concluding that the baby was dead, but hours later, the baby’s cries rang out.

Soldiers followed the sounds of the crying and removed the baby from the debris in which he was surrounded.