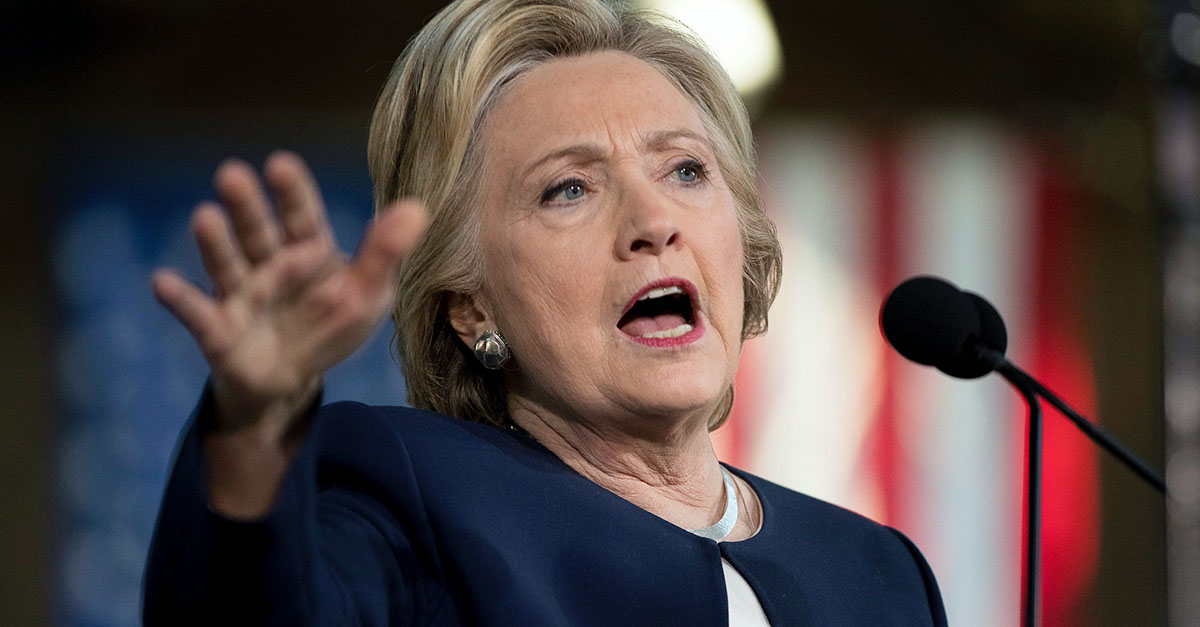 (AP Photo/Andrew Harnik)
In this Nov. 4, 2016, photo, Democratic presidential candidate Hillary Clinton speaks at a rally at Eastern Market in Detroit. If she gets to the White House, Clinton has a daunting to-do list. And it's made more complicated because she's laid out some very specific promises. (AP Photo/Andrew Harnik)

A sign in Long Island, New York, signaling the exit for Crooked Hill has been changed to read something a bit more political.

Newsday reported Thursday that the sign had been altered to read “Crooked Hillary.”

The moniker, first taken up by Donald Trump during the general election race, was rejuvenated in a series of tweets on Thursday when the president criticized Clinton’s moves relating to Russia.

RELATED: Here are the insults Trump came up with for “Crooked Hillary” after she called him the “King of Debt”

A Department of Transportation spokesman said, “As soon as we were notified about the graffiti yesterday morning, it was removed.” The department also noted that the act was illegal. The sign was on the Sagtikos Parkway, and no reports have come in about arrests being made over the incident.