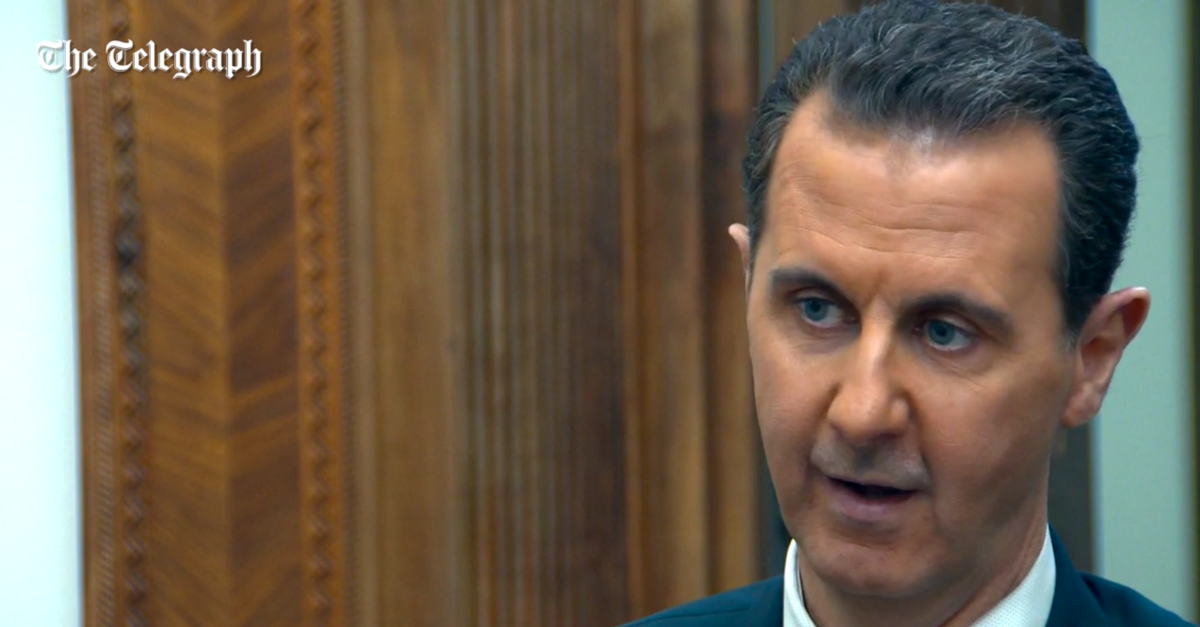 When Donald Trump launched 59 Tomahawk missiles into Syria last week, his actions prompted praise from U.S. Senators and other leading nations. However, the calculated strike was met with fierce opposition from Russia and Syria.

Now, Syrian president Bashar al-Assad says the chemical attacks that prompted the United States’ strike were a “100 percent fabrication.” In an interview with AFP, Assad said, “Our impression is that the West, mainly the United States, is hand-in-glove with the terrorists. They fabricated the whole story in order to have a pretext for the attack.”

RELATED: Sean Spicer attempts to clarify his confusing comments about Hitler and Assad made during a press briefing

The attack was spurred by horrific videos of Syrian civilians suffering from a chemical weapons attack. The videos, which went viral, showed Syrian citizens being hosed down with water in a frantic attempt to wash away the gasses that were used. Assad also said, ” [The] United States is not serious in achieving any political solution.”

RELATED: The Obama administration “always knew” that Assad kept some of his chemical weapons, according to a former official

The battle in Syria is complicated in that there are almost too many combatants to name. There is no easy solution to the years of war the country has seen.