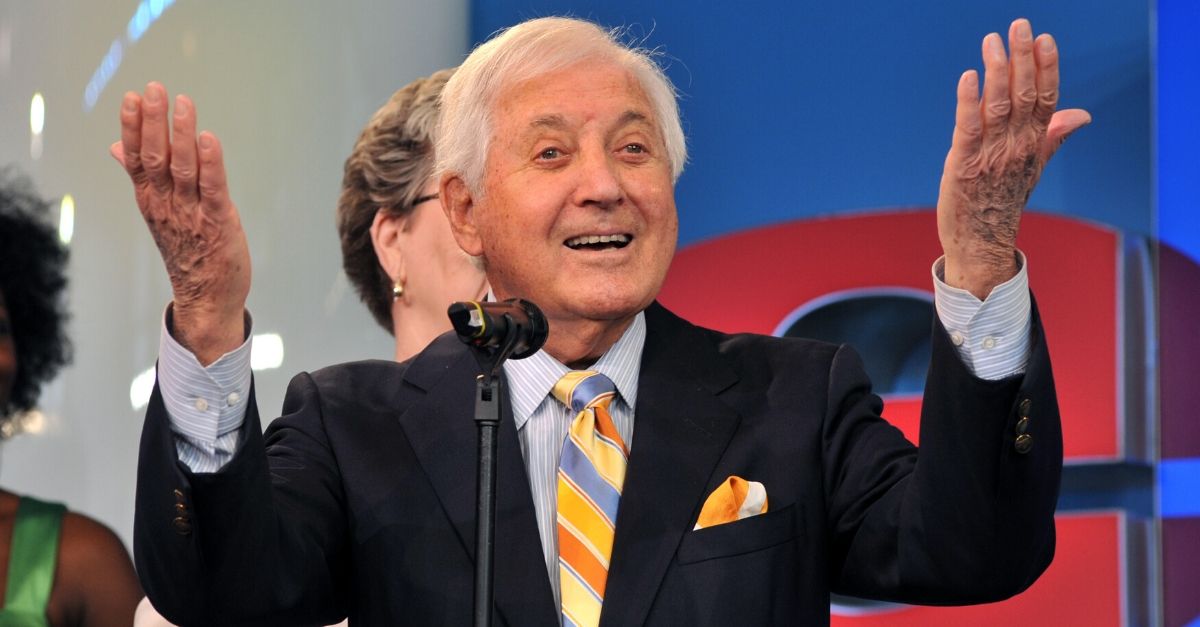 Monty Hall (Monte Halparin), co-creator with Stefan Hatos and host of one of the most iconic game shows in history, died of heart failure back in September 30, 2017. Anyone who used to watch him on his TV game show back then loved him. Those who saw the “Let’s Make a Deal” reruns loved him too. And those who were introduced to him for the first time in the 2010 revival of the game show learned a few things about “Let’s Make a Deal” history.

The game show host from Winnipeg became the face of NBC’s daytime show “Let’s Make a Deal” back in 1963 and never looked back. He set the standard for all game show hosts to follow, and the show remained relevant throughout the decades. Not only did NBC run the program, but ABC also ran it as a daytime show, and now CBS also kept the show alive. Luckily, with advanced technology and the internet, we can reflect on the treasured time capsule that is host Monty Hall’s greatest moments on “Let’s Make a Deal.”

How could we forget where it all began? The style, the cars, the advertisements, and the prizes of the 60s all jump off the screen like the velvety sound of “a brand new car” jumping directly into your imagination.

Then there were the unforgettably goofy contestants of the 70s and 80s. During this time, Monty Hall also hosted syndications of “Let’s Make a Deal” that had also aired in Canada.He also played himself in an episode of the comedy series “The Odd Couple,” where the characters attempt to win a bed off of “Let’s Make a Deal.”

There was also the beginning of the evolution of the “Monty Hall Problem” during this time. The Monty Hall Problem is a popular brain teasing probability puzzle based off of the game show, famously named and known when a reader asked the statistical question in Marilyn vos Savant’s “Ask Marilyn” column in the 1990 Parade magazine. It mirrors the concept of this:

You’re to pick one of three doors to win a prize at a game show. One door has a prize behind it, but the other two doors don’t. You pick door number one. The host, who knows what’s behind all the doors, opens a different door (for example, we’ll use door number three). The host then asks you, “Do you want to pick door number 2?” So the real question is: Is it to your advantage to switch your choice?

It was the fun question that playfully hurt everyone’s brains, as those who pondered it soon learned that it was just about trying to beat the game by picking answers statistically. But the real fun was that you could still lose. Or in Monty’s eyes, getting zonked (an unwanted booby prize worth nothing).

And let us not forget the contestants melting down over Wurlitzer grand pianos, trips to Europe, and the “Big Deal of the Day.”

And, what about Monty Hall’s return to “TV’s trading floor” in 2010 with Wayne Brady hosting, to remind us of his legacy as the original game show host of “Let’s Make a Deal ?

The audience members went nuts, and that’s about all you need to know.

Editor’s note: This article was originally published on September 30, 2017.