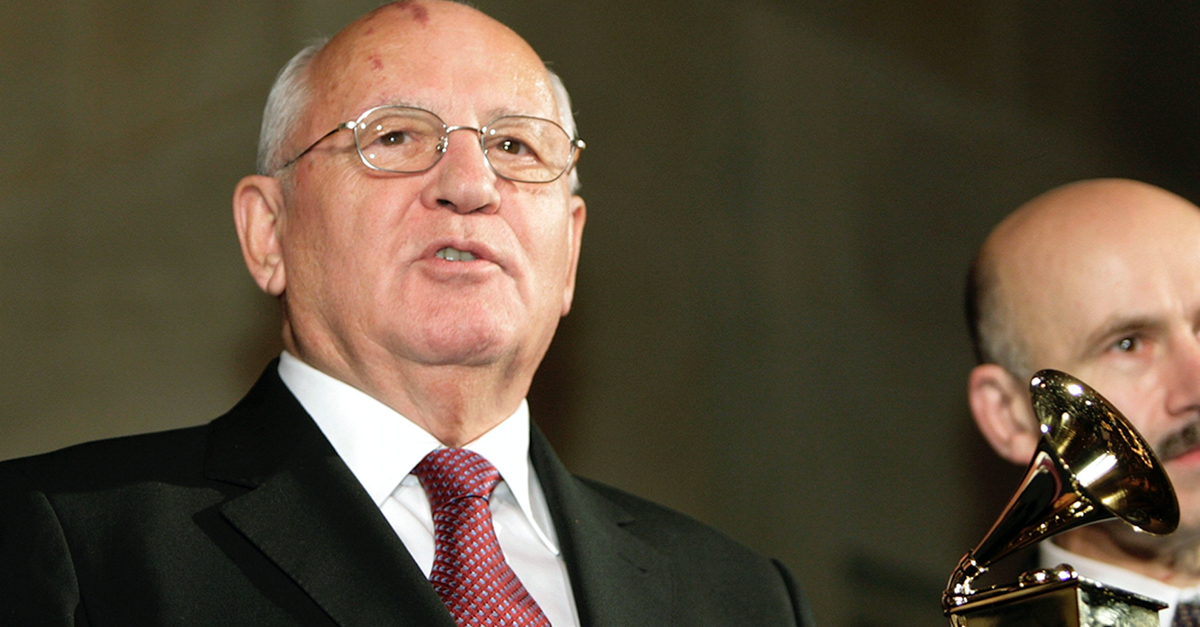 (Photo by Brendan Smialowski/Getty Images)
WASHINGTON - OCTOBER 21: Former Soviet President Mikhail Gorbachev holds a Grammy Award he was presented during a symposium to celebrate the 20th anniversary of 'Perestroika' at the U.S. Chamber of Commerce October 21, 2005 in Washington, DC. Former US President Bill Clinton, Gorbachev and Sophia Loren won the Grammy in 2004 for a recording of the Russian folk tale 'Peter and The Wolf,' and Gorbachev never received the actual award. (Photo by Brendan Smialowski/Getty Images)

In a recent interview, former President of the Soviet Union Mikhail Gorbachev gave a grim prognosis. According to the longtime statesman, the world is preparing for war.

“Politicians and military leaders sound increasingly belligerent and defense doctrines more dangerous. Commentators and TV personalities are joining the bellicose chorus,” Gorbachev wrote for Time. “It all looks as if the world is preparing for war.”

According to Gorbachev, the “world today is overwhelmed with problems. Policymakers seem to be confused and at a loss.”

He explained that world leaders need to take the threat of nuclear war seriously and hold dialogues about how to avoid it.

“We must break out of this situation. We need to resume political dialogue aiming at joint decisions and joint action,” he wrote. “There is a view that the dialogue should focus on fighting terrorism. This is indeed an important, urgent task. But, as a core of a normal relationship and eventually partnership, it is not enough.”

According to Gorbachev, this needs to come from Russian President Vladimir Putin and U.S. President Donald Trump.

“I think the initiative to adopt such a resolution should come from Donald Trump and Vladimir Putin ? the Presidents of two nations that hold over 90% of the world?s nuclear arsenals and therefore bear a special responsibility,” he wrote.

Gorbachev famously avoided nuclear conflict across the globe after forming a working relationship with then-President Ronald Reagan. Upon Reagan’s death in 2004, Gorbachev reflected on their partnership.

?I deem Ronald Reagan a great president, with whom the Soviet leadership was able to launch a very difficult but important dialogue,? Gorbachev said. ?I do not know how other statesmen would have acted at that moment, because the situation was too difficult. Reagan, whom many considered extremely rightist, dared to make these steps, and this is his most important deed.”