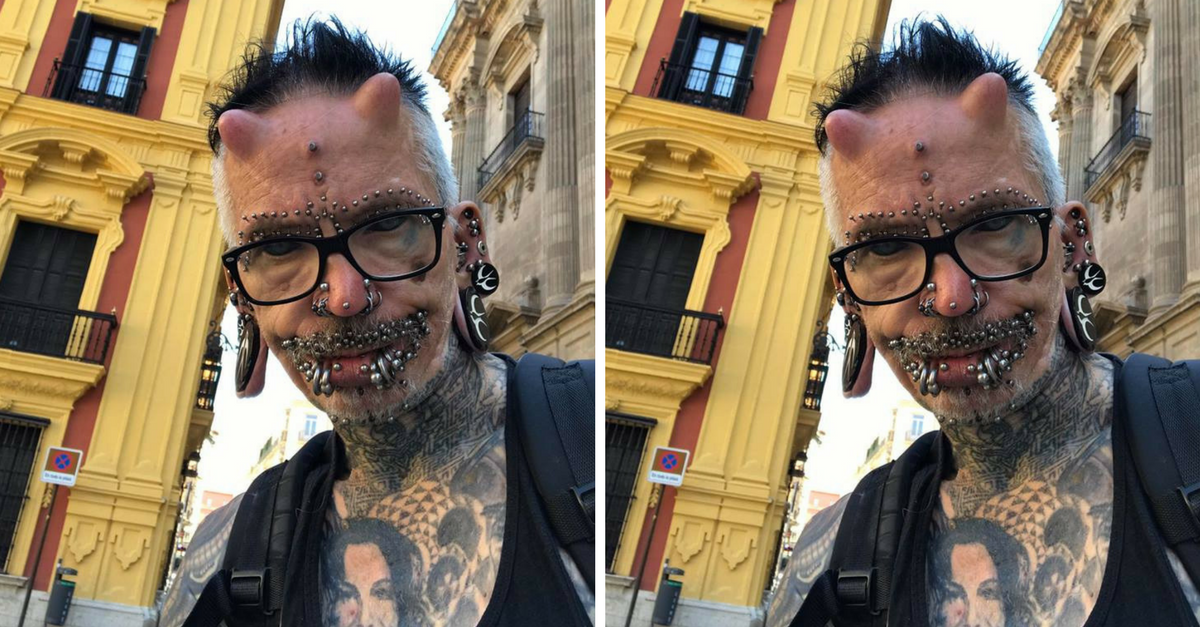 Guinness World Record holder Rolf Buchholz, 58, sports 453 pieces of body jewelry, and 278 of them are on his penis, he revealed in a new interview. After revealing the personal information, the native German made it clear that he still leads a normal life when it comes to the bedroom.

“It’s not a problem at all,” he said, referring to the hundreds of piercings on and around his genitals. “I have had the piercings already so long, if there was a problem, I would have got rid of them already long ago.”

In addition to the high number of penis piercings, Buchholz’s lips are home to another 94 piercings. He also has two horn-like implants protruding out of his forehead. While his striking appearance clearly doesn’t get in the way of his love life, he admitted that they do present some everyday problems — including going through airport security.

“The piercings have given problems at airports in countries [that are] not accustomed to people with a quirky appearance,” he explained. “And that’s not just because the metal detectors beeped.”

Apparently, he Buchholz was once denied entrance to the United Arab Emirates when he was scheduled to appear at an event in Dubai because authorities were afraid of what he might be up to.