The Obama administration “always knew” that Assad kept some of his chemical weapons, according to a former official 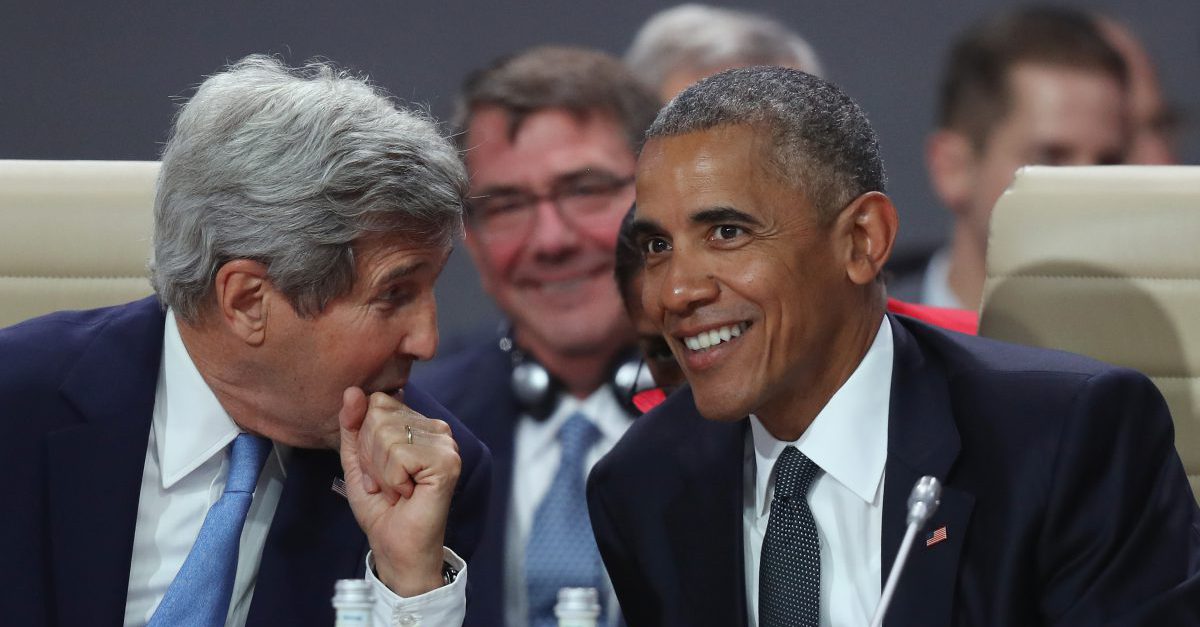 A report in Sunday’s New York Times cites a former top Obama administration official who says they “always knew” that Syria failed to turn over all of its chemical weapons, even as former President Obama and former Secretary of State John Kerry declared otherwise during Obama’s second term.

?We always knew we had not gotten everything, that the Syrians had not been fully forthcoming in their declaration,? said Anthony Blinken, former deputy Secretary of State. But Blinken contends that it’s better that former President Obama brokered an incomplete deal with Syrian President Bashar al-Assad than to have not brokered anything at all.

Under the terms of the 2013 agreement, Assad turned over 1300 tons of chemical weapons which were later destroyed. The agreement came in lieu of military strikes originally promised by Obama in retaliation for Syria’s violation of a “red line” he’d established. Bashar al-Assad crossed the “red line” in a 2013 incident that saw his military deploy chemical weapons against Syrians, killing around 1400 civilians. In mid-2014, the Organization for the Prohibition of Chemical Weapons certified that Syria’s declared chemical weapons had been removed.

RELATED: Russia and Iran release an ominous statement warning America to stay out of Syria

There’s a vital word there: “declared.” Sometimes it shows up in statements from Obama and administration officials, sometimes it doesn’t. That variance is drawing new criticism after Assad killed nearly 100 of his own citizens last week using sarin gas, a chemical weapon that should have been destroyed under the terms of Obama’s deal with the nation.

When the declared Syrian chemical weapons cache was destroyed in 2014, Obama announced it as “an important achievement in [the United States government’s] ongoing effort to counter the spread of weapons of mass destruction by eliminating Syria?s declared chemical weapons stockpile.”

But Secretary of State John Kerry did not call them “declared” chemical weapons. Instead, he consistently claimed that the administration’s agreement would lead to the eradication of chemical weapons in Syria. The New York Times cites two separate instances when Kerry said the Administration had made a “deal” with Assad that “got 100 percent of the chemical weapons out.”

Some former Obama administration officials have praised Trump’s missile strike on Syria, celebrating it as a concrete action after years of failed diplomacy and endless slaughter.