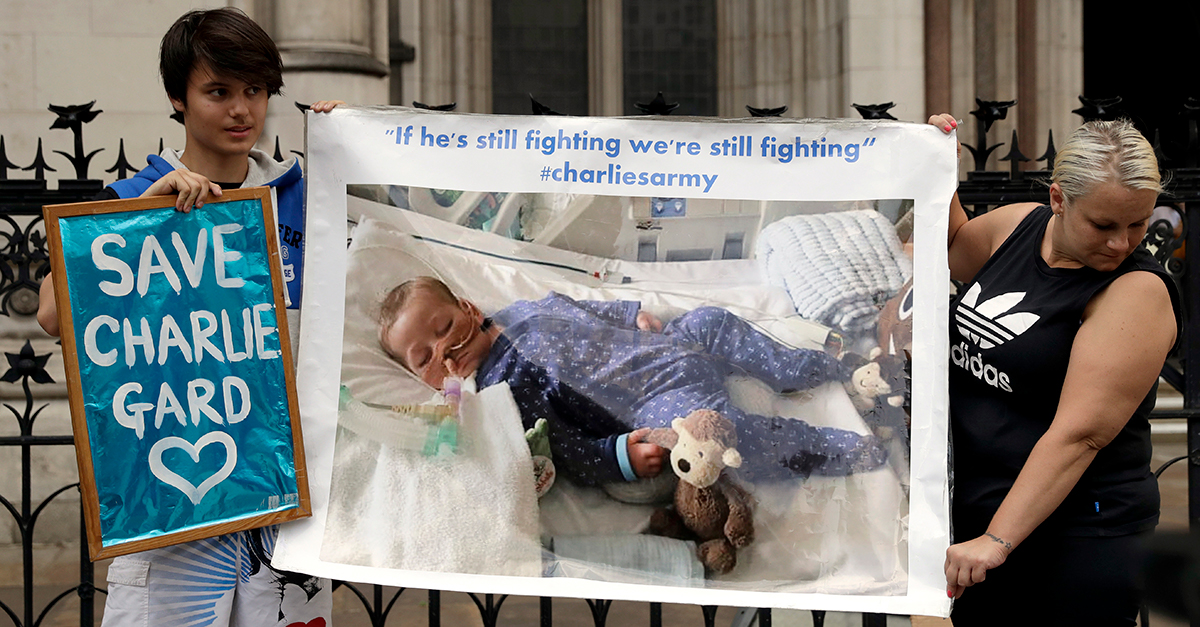 A lawyer for the parents of critically ill Charlie Gard says the window during which the baby could have been helped by experimental treatment has closed.

Grant Armstrong says it is “worthy of a Greek tragedy” that Charlie’s parents must withdraw their appeal, just as they were about to present new evidence to a court.

He says delays in treating Charlie mean his condition is now so poor that treatment will not help. He says tests show that the baby has irreversible muscular damage.

Armstrong says the 11-month-old’s devastated parents now “wish to spend the maximum amount of time they have left with Charlie.” He says discussions will be held in private about when Charlie’s life-support will be switched off.

He says the parents “wish to treasure their remaining time with Charlie, however short that may be.”

The parents of critically ill baby Charlie Gard are dropping their legal bid to send him to the United States for experimental treatment.

The couple cried at London’s High Court on Monday as their lawyer said time had run out for 11-month-old Charlie.

The couple has been fighting court rulings saying their son’s life support should be withdrawn.

The parents of a critically ill infant are returning to court for the latest stage in their effort to seek permission to take the child to the United States for medical treatment.

Britain’s High Court is considering new evidence in the case of Charlie Gard. The 11-month-old has a rare genetic condition, and his parents want to take him to America to receive an experimental treatment.

Doctors say that the treatment won’t help and could cause the child pain.

The judge has scheduled a two-day hearing to consider fresh evidence, after the doctor who was to conduct the treatment came to London to evaluate the child.

Last week Great Ormond Street Hospital told the parents that a report on the latest scan of Charlie’s brain made for “sad reading.”