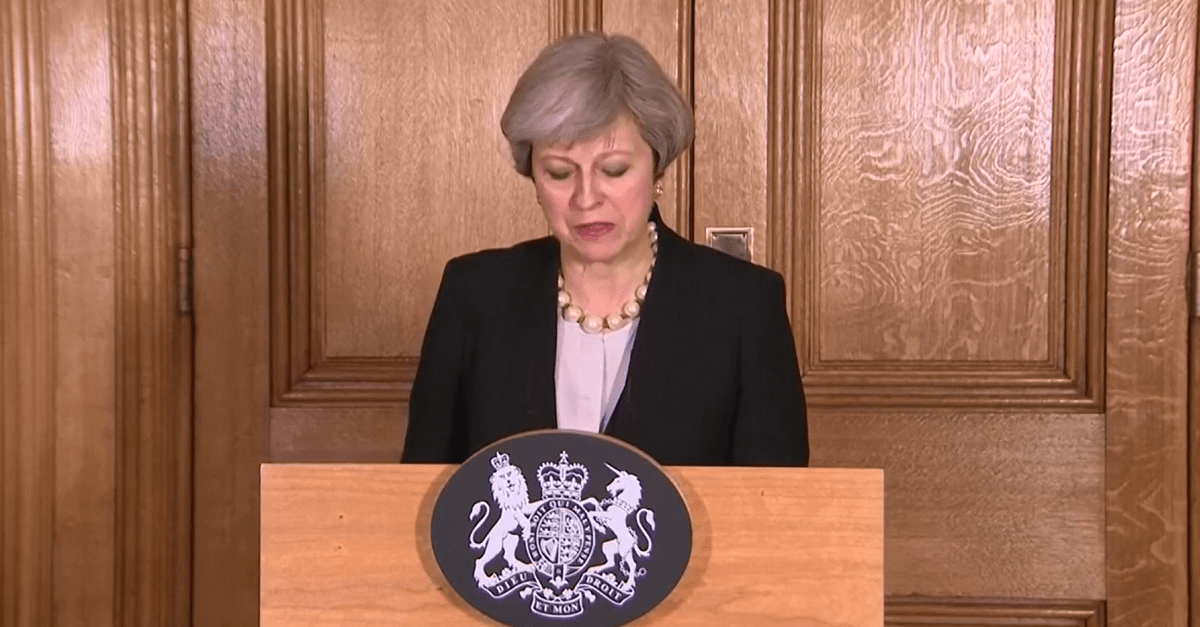 In the wake of yesterday’s suicide bombing in Manchester, Prime Minister Theresa May has warned the United Kingdom that another attack may be “highly likely,” if not “imminent.” May also announced that the nation had raised the national terror threat level to its highest possible level: Critical.

The Prime Minister also announced that military units would be deployed alongside police to maintain order and public safety, reports the BBC. Armed servicemembers will patrol concerts, sports matches and other high-priority targets to add additional security.

RELATED: President Trump won’t call terrorists monsters — he’s got a much harsher term for them

It is only the third time in history that the United Kingdom has formally raised the threat level in this manner. The threat level also reached “critical” in 2006 and 2007.

May and other politicians temporarily suspended campaigning in the wake of the suicide bombings. The United Kingdom is scheduled to vote on June 8th of this year, just two weeks from now.

The death toll stands at 22, with nearly 60 still hospitalized.