Contentions in American Congress are nothing compared to a recent video of the Taiwanese parliament.

In less than a minute, chaos between lawmakers escalates to punches, tackles and chair-throwing:

RELATED: New photograph believed to be of murdered backpacker on Thailand’s “Death Island” only adds to the mystery

The video also shows liquids and water balloons being thrown around.

The Week reports that the brawl began over the budget. They wrote that “the opposition party, Kuomintang (KMT), violently protest[ed] President Tsai Ing-wen’s plans for approximately $13 billion in infrastructure spending it says is centered on regions loyal to her Democratic Progressive Party.”

“We call for rational discussions […] to resolve our difference,” said The DPP in a statement, who also slammed the KMT’s “violent boycott.” 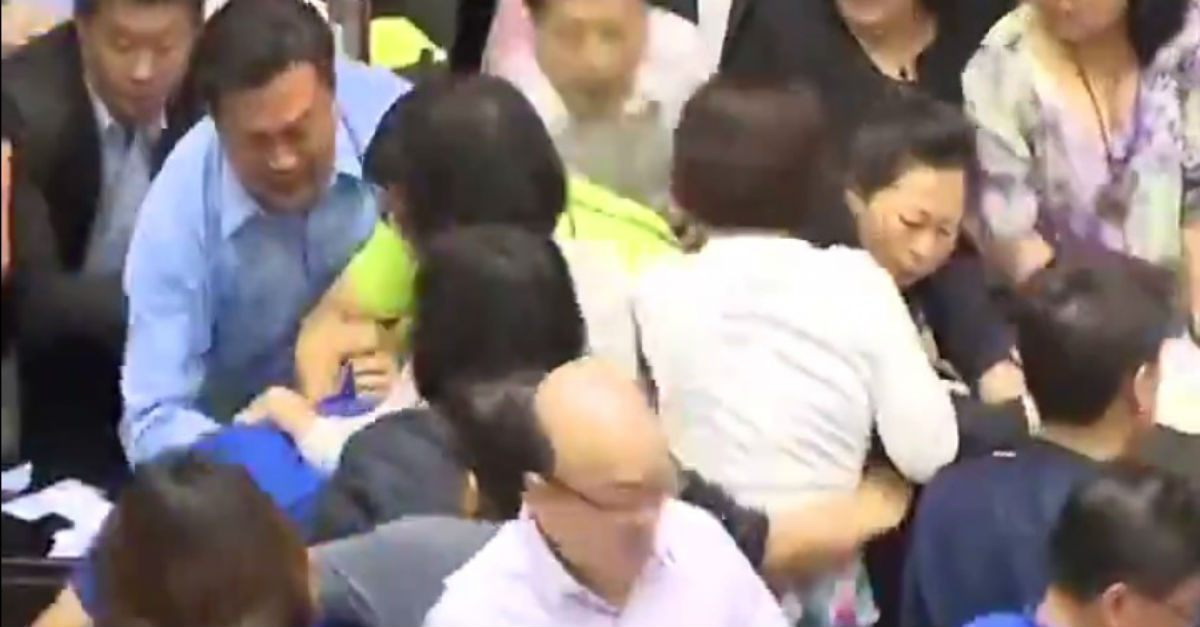