This gargantuan shark dwarfs the fisherman who reeled it in 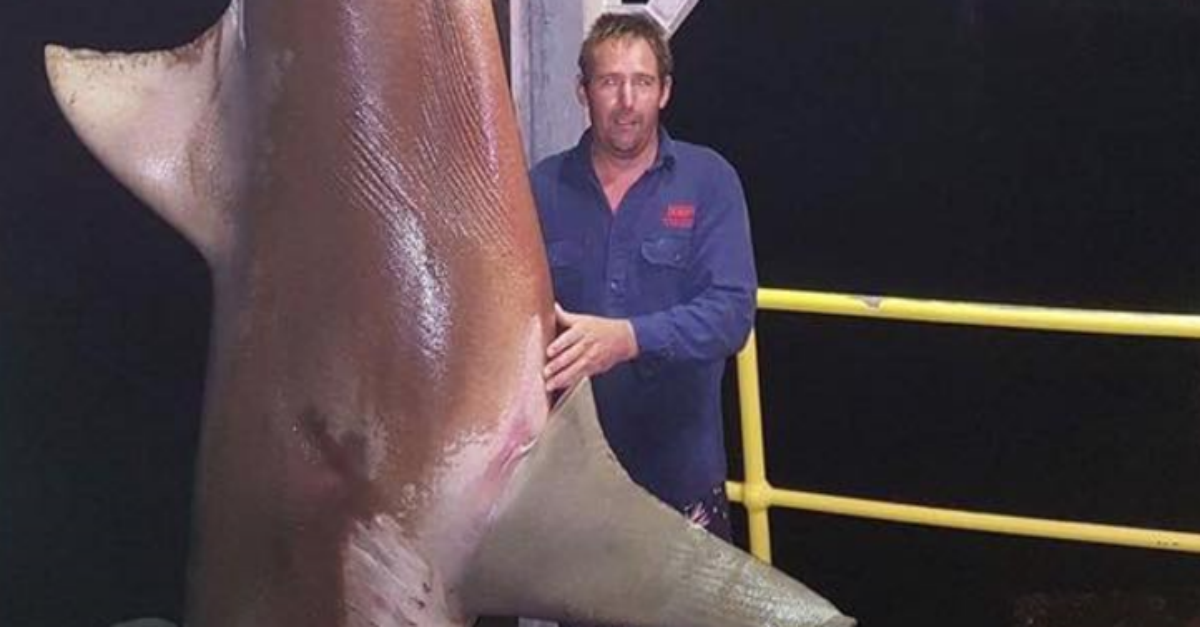 Bull sharks are known as vicious creatures who will eat just about anything. Unlike most sharks, they can live in freshwater, and they’re extremely aggressive. However, in the ocean, humans are the real apex predators, and one shark figured that out on the end of a hook.

Just got sent this from Swansea Channel 2 nights ago right off the cleaning tables at Blacksmith a solid Bull Shark…….

The photo, which was shared on the Offshore Fishing New South Whales Facebook Page, has gained a lot of attention. It has been shared almost 4,000 times since it was posted. The creature was reportedly captured in the Swansea Channel and died during the fight to bring into onto the ship.

RELATED: Shark attack season has arrived and one woman shared her terrifying experience

However, people have been disagreeing on how they feel about the massive animal. Some users felt bad for the animal, like one woman, who wrote, “unless that shark left HIS HOME and came knocking at your door, he should still be alive and swimming.” Others celebrated the catch. Chris Wright wrote, “If it was a tuna or a marlin no one would give a shit!!! So sick of all the shark huggers these days!!! Well done on a great capture!!”

RELATED: Australia just got hit with a real-life sharknado