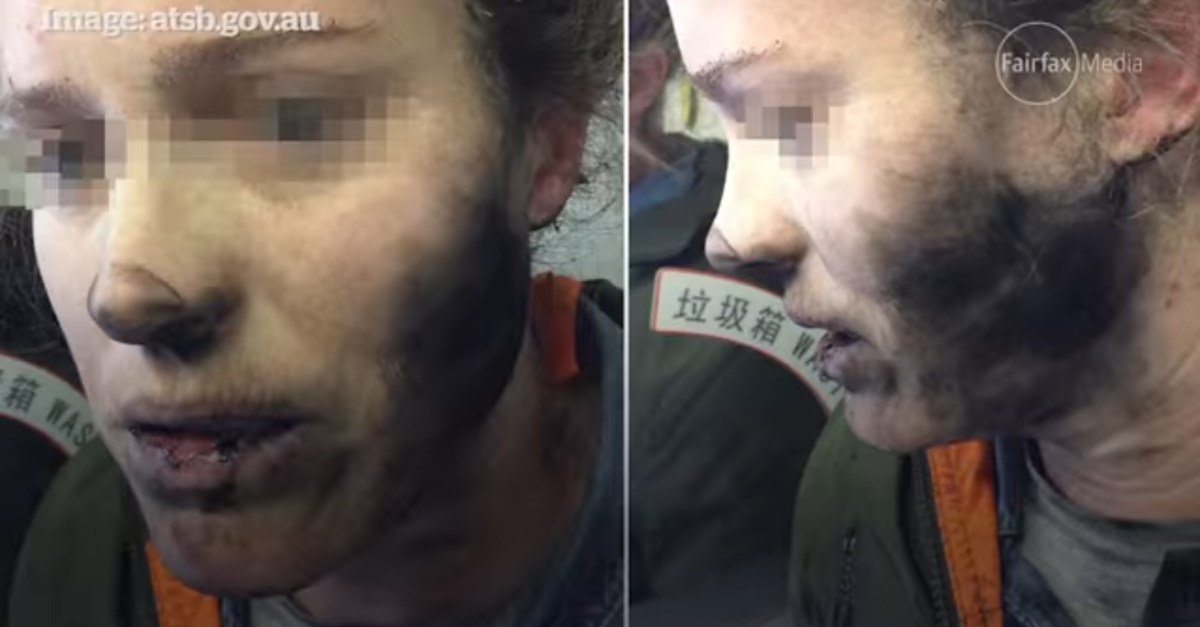 A woman taking a snooze on a long-distance flight from China to Australia was awakened in a most terrifying way when the headphones she was wearing burst into flames.

She said she threw them to the ground when they started to spark, and the airplane’s crew brought a bucket of water for her to store the dangerous device the rest of the flight. She did not escape injury; photographs show her hair and hands singed, and her face blackened with what appears to be soot.

RELATED: So a woman’s Samsung phone randomly exploded in the middle of the night

According to a release from Australian safety officials, the unidentified woman was napping about two hours into the flight when she began to feel a burning sensation on her face.

“People were coughing and choking the entire way home,” the woman said, because the smell of burnt metal and plastic lingered.

The culprit for this small explosion is believed to be the ion batteries in the headphones, according to the Australian Transport Safety Bureau.

This incident was similar to other scary situations on planes stemming from the Samsung Galaxy Note 7 phones. Those phones were banned last year by airlines around the world from both carry-on and checked luggage after instances of the devices spontaneously catching fire. Samsung recalled the phones and told users not to use them.

The brand of exploding headphones was not identified.