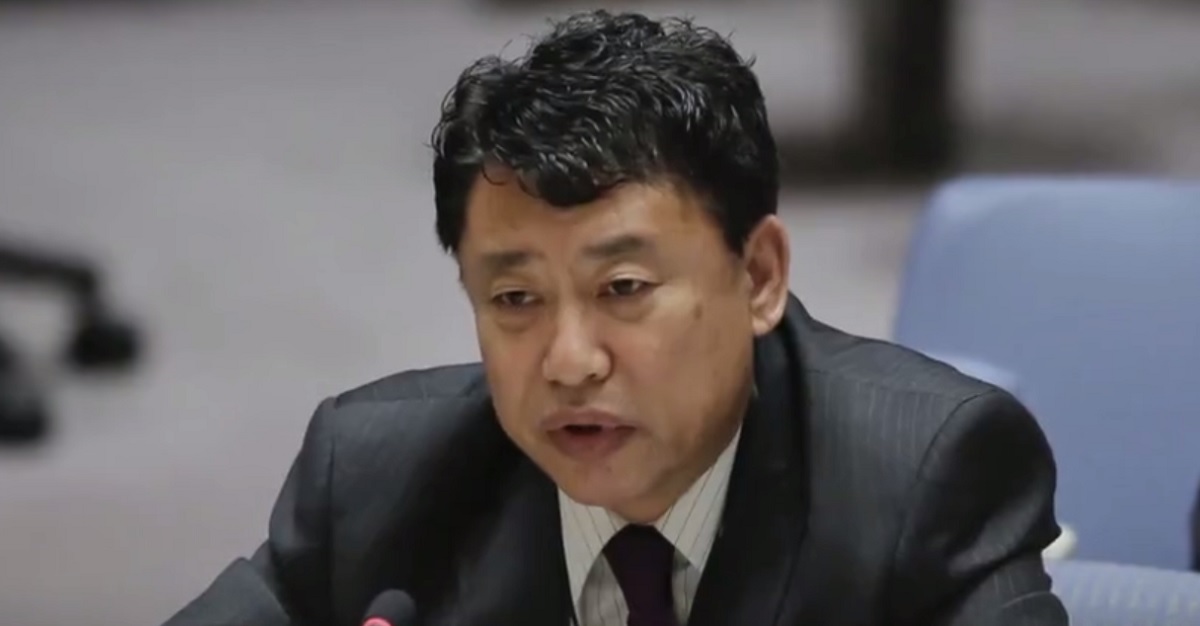 While warning that the situation on the North Korean Peninsula has “reached the touch-and-go point” and claimed “a nuclear war may break out any moment,” a North Korean diplomat also offered the United Nations a longshot path to peace: worldwide mutual nuclear disarmament.

Kim In Ryong, Deputy Ambassador to the UN for North Korea, said the nation’s growing arsenal wouldn’t be up for discussion “unless the hostile policy and the nuclear threat of the U.S. is thoroughly eradicated,” reported the New York Times.

Kim In Ryong added that the nation was more broadly interested in denuclearization.

He claimed that North Korea “consistently supports the total elimination of nuclear weapons and the efforts for denuclearization of the entire world”  ? but that it would never happen without the cooperation of the United States, who he warned “will not escape our severe punishment in any part of the globe” should they attempt to invade North Korea.