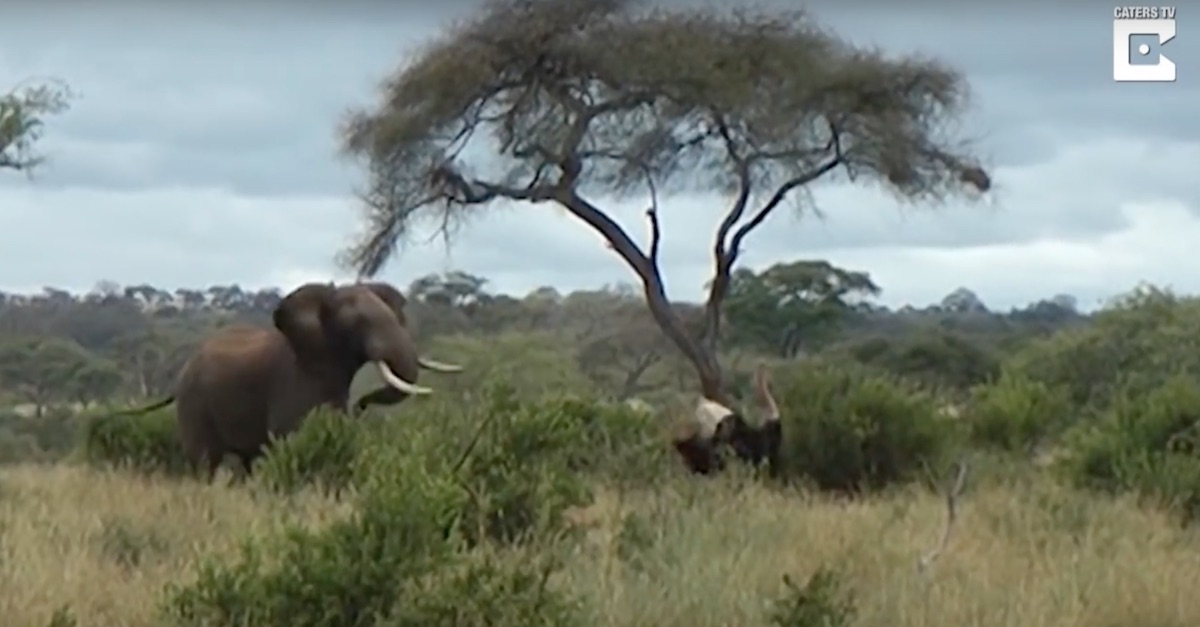 Cut the crap, you dumb birds.

RELATED: A hungry ostrich pokes its head into a car and the guy sitting shotgun absolutely loses his mind

That was basically the message sent by an elephant when it put on its zebra stripes and broke up a kickboxing match between the two angry ostriches.

While humans watched eagerly from a safe distance, wondering which tough ostrich would “get the girls,” an elephant trotted onto the scene and screamed at the pugilistic birds.

The loud, trumpet-like sound sent the birds running. The ostriches definitely got the memo and took their spat elsewhere.

The video, uploaded to YouTube by Caters Clips, was filmed last year at Tarangire National Park in Tanzania, East Africa.

RELATED: An elephant enjoying a drink cried out for help when a croc chomped on his trunk — his friends were up for the tusk

“As if saying ‘enough is enough’, the ivory-clad beast lets out an almighty trumpeting roar and begins to charge towards the squabbling pair, who sensibly disperse, bringing an abrupt end to their conflict,” the uploader wrote.