U.S. citizen who was fighting for ISIS surrenders in Syria 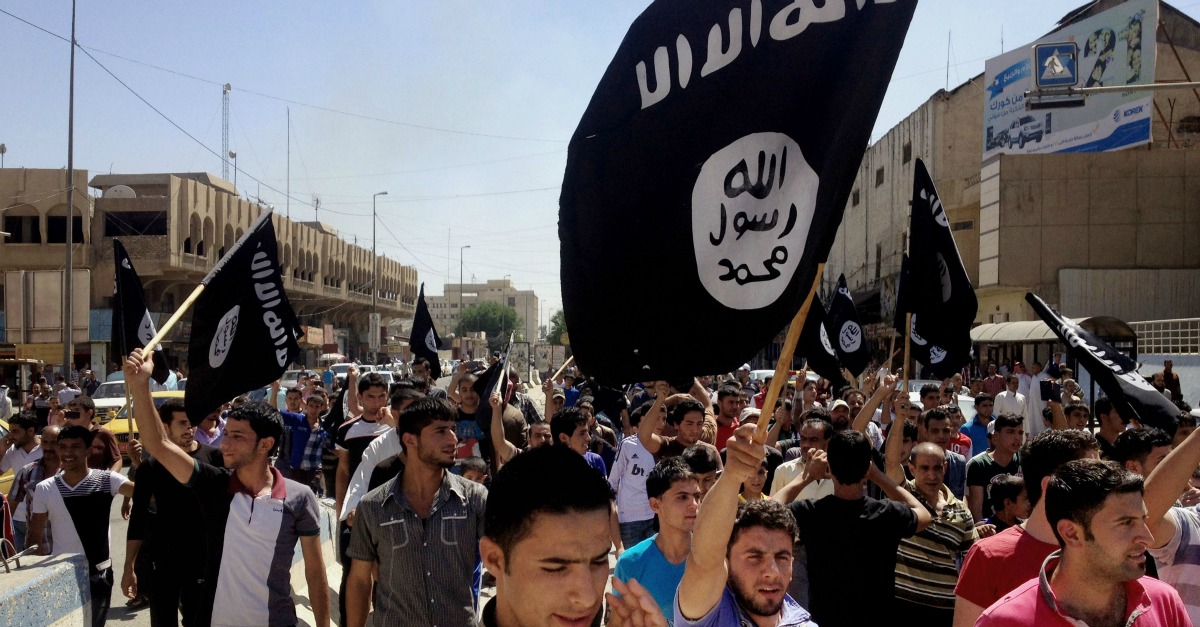 An American fighting for ISIS in Syria has been taken into custody after surrendering, multiple spokespeople for the U.S. military told The Daily Beast.

According to sources, the American “surrendered” and was first taken into custody by the Syrian Democratic Forces, a mostly Kurdish group working with the U.S. to fight ISIS on the ground. They then turned the U.S. citizen, who remains unidentified, over to American forces; it’s unclear where the captive is being held now.

RELATED: An ISIS-praising felon got stung by the FBI when he tried to buy a handgun

The Justice Department declined to comment on the report, and the State Department has not responded. Following a short statement deferring to the U.S. Justice Department and the Government of Iraq, the American command overseeing the war against ISIS in Iraq and Syria gave the Daily Beast another, longer statement:

We are aware of the report that a U.S. citizen believed to be fighting for ISIS surrendered to Syrian Democratic Forces on or about Sept. 12. As a precondition for Coalition support, SDF and Iraqi forces have pledged to observe international laws and the laws of armed conflict. Foreign fighters who are captured or surrender to SDF partners in Syria will be safeguarded and transported humanely, and their home nations will be contacted regarding the next steps. The Coalition defers questions pertaining to captured ISIS fighters to their relative nations’ Departments of State or equivalent agencies. The Coalition’s mission is to defeat ISIS in Syria and Iraq, and we will pursue ISIS fighters regardless of nationality.

RELATED: Video shows the moment a 16-year-old ISIS bride from Germany was captured by Iraqi troops

How President Trump will respond to the capture of this American citizen remains to be seen. Dealing with American terror suspects has been a widely-debated issue across the country, at all levels of government and between successive administrations. As a candidate, Trump appeared to embrace war crimes, including trying American citizens at Guantánamo Bay and torturing detainees.